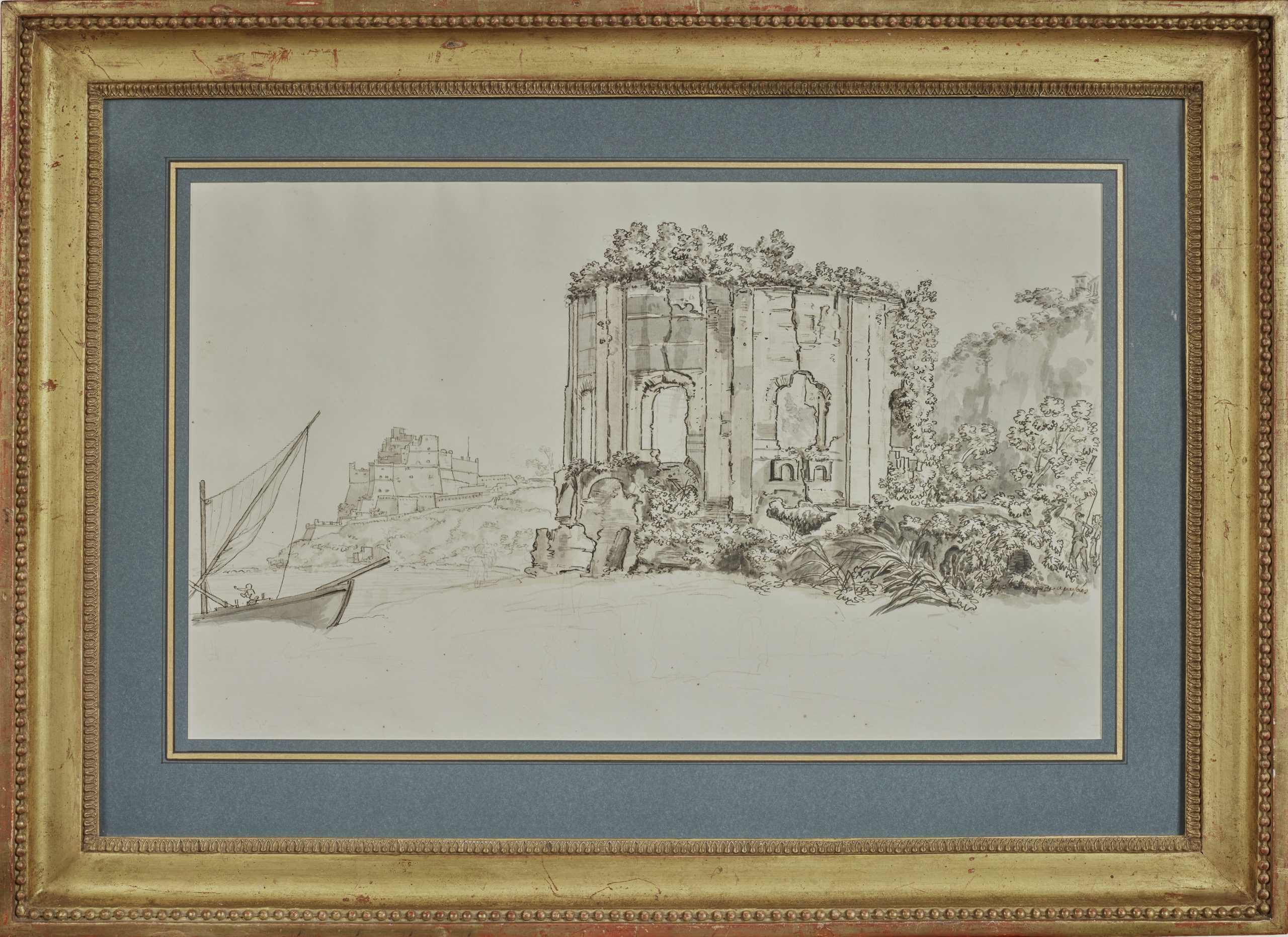 After an artistic apprenticeship in Southern France, Joseph Vernet travelled to Rome, funded by local benefactors. He remained in Italy for twenty years, developing an important clientele, despite the fact that he worked outside the circle of patronage formed by the l’Académie de France in Rome of which he was not a beneficiary. Vernet specialized in landscape painting, showing a preference for seascapes. He often repeated the same themes: sunrise, sunset, moonlight, introducing each time subtle variants that allowed the renewal of his production. Accepeted into l’Académie in 1745, Vernet exhibited regularly at the Salon from 1746 to 1789. His reputation and the friendship of the Marquis de Vandières, the future marquis de Marigny and Directeur Général des Bâtiments, won him the commission of the series of the Ports de France which kept him occupied from 1753 to 1762. On his return to Paris in 1753, he produced a large number of works for art collectors attracted by « [ce] scrutateur de la Nature dont il sait épier les moments les plus singuliers avec une sagacité étonnante » (La Font de Saint-Yenne, Critique des Salons). Drawing was a very important aspect of Jospeh Vernet’s work; more than seven hundred works were sold during the dispersal of his workshop in 1790. Most of them are Chinese ink and brown ink washes executed with great sensitivity and sketches in pencil.

This important drawing is part of a series executed in Naples around 1750. Vernet settled in that city for a long period of time, where his style profoundly influenced certain local artists who, following the example of Carlo Bonavia, were inspired by some of his compositions. About twenty works of a similar technique and style from the collections of the Emperors of Austria are preserved in Vienna at the Albertina museum, among which are Le Palais di Donn’Anna and a Vue du Château de Baia et du Cap Misène.

This drawing depicts the temple of Venus, built in the reign of Hadrian (117-137), the castle of Baia (built in 1495) emerging from the background.