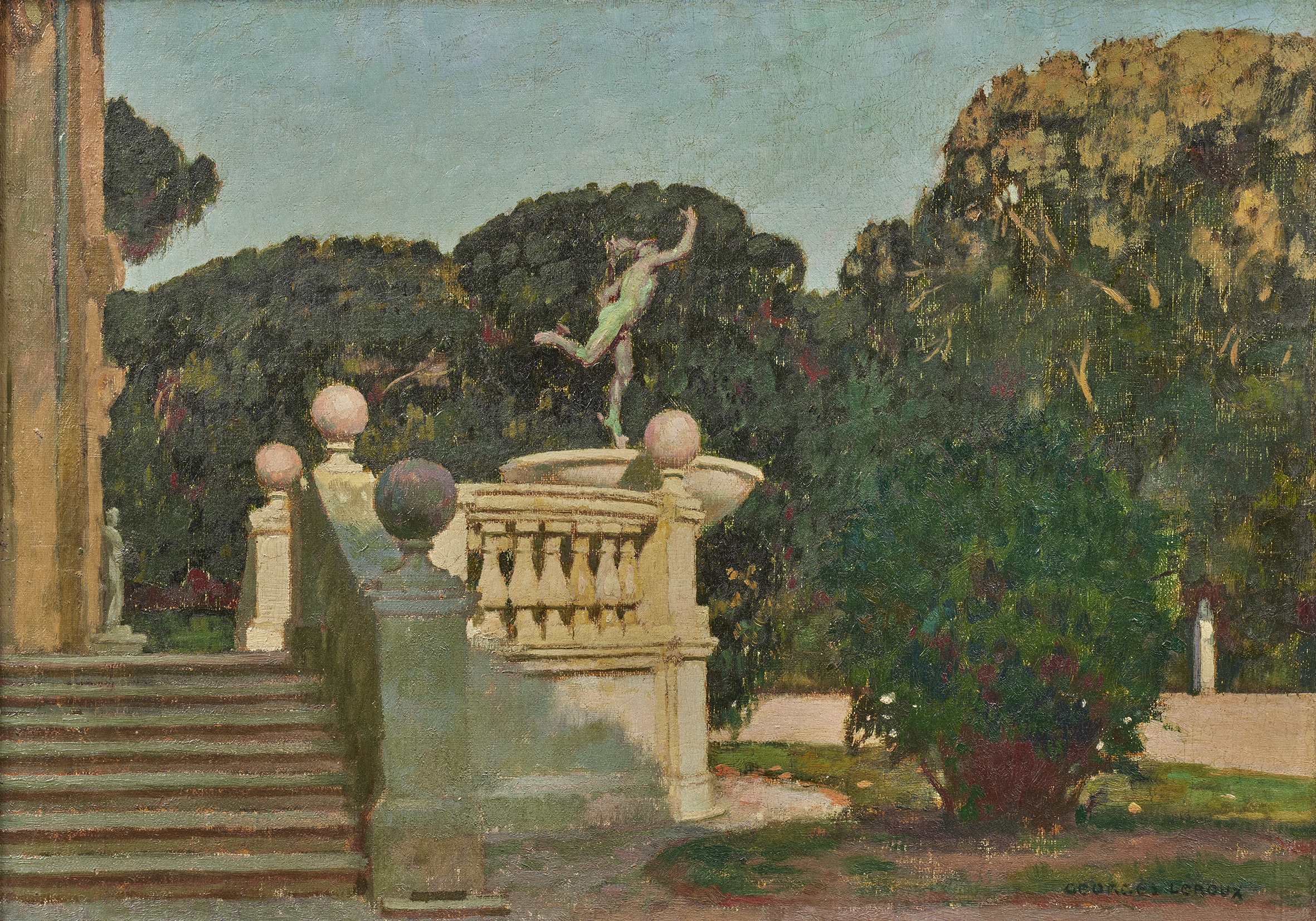 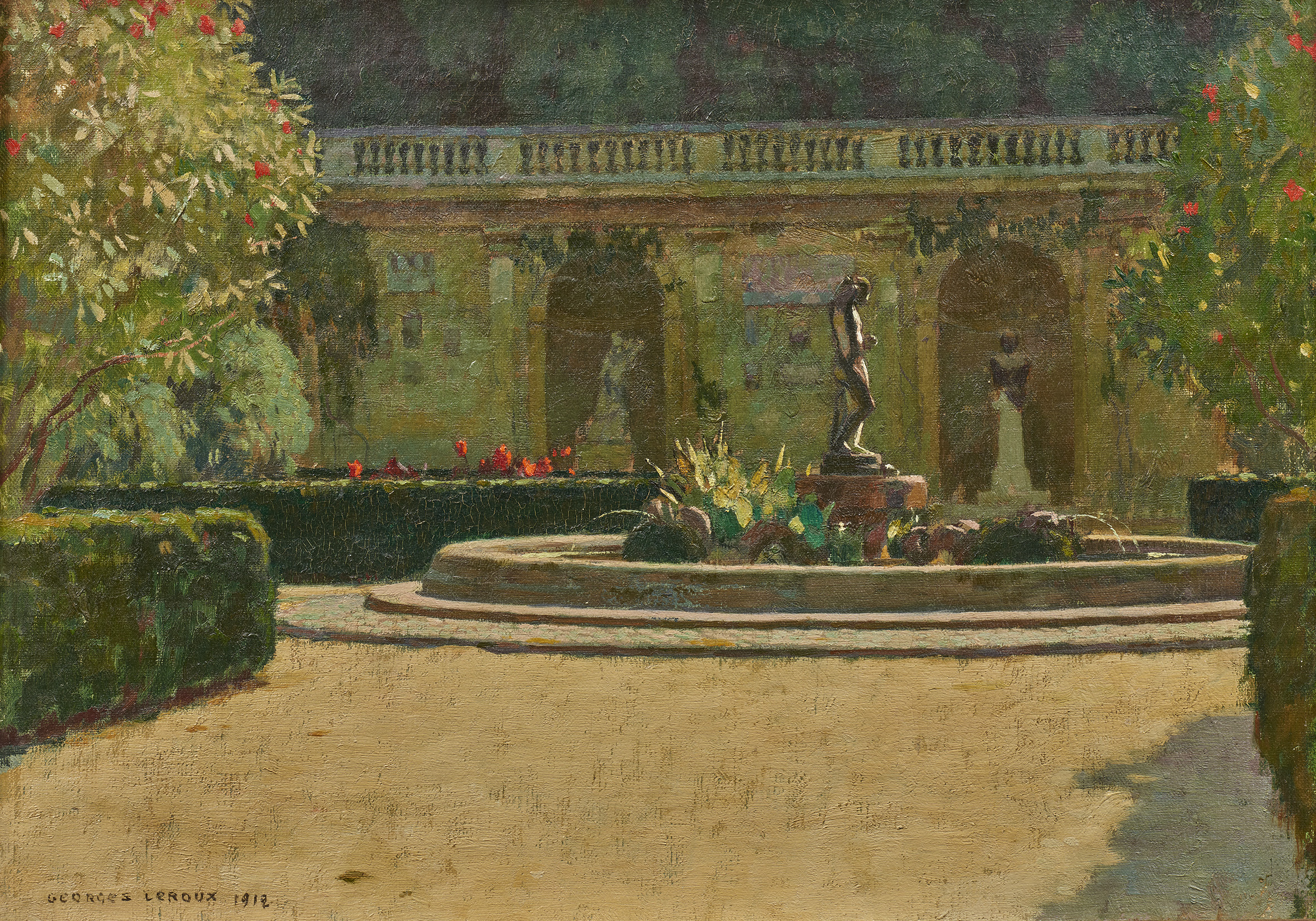 Two Views of the Gardens at the Villa Medici in Rome :

the Loggia and the Piazzale Fountain

A pair, oil on canvas

It was after winning his Prix de Rome in 1906 (La famille dans l’Antiquité, Paris, École des Beaux-Arts), that Leroux first lived in Rome, as a fellow, from  1907 to 1909. Dazzled by the light in Italy, the young Parisian made numerous trips to the country throughout his life, trips which led him from Latium to Tuscany and from Umbria down to Naples.

There were no less than fourteen compositions with the  Villa de Medici as a setting  that Leroux sent to the Galerie Devambez, 43 du Boulevard Malesherbes in 1913. This  latter was a veritable institution, at the center of all that was elegant in the Paris of the early 20th century. At first specializing in engravings, it then exhibited artists of modern Classical art like Leroux, but also masters of the avant-garde like Picasso, Matisse and Chirico.

This  official recognition would be consecrated by numerous commissions and purchases by the State,  participation at the Exposition Universelle de Paris, in 1937, and a long career at the Institut.

Since its departure in 1803 from the  Palazzo Mancini on the Corso, the Académie de France in Rome  had been headquartered at the Villa de Medici. The enchanting framework provided by this suburban palace overlooking the Eternal City inspired generations of French and other foreign painters.

The journalist and critic Henry Bérenger evoked the 70 works displayed by Leroux—views of  Rome, but also of Sicily—as the product of “one of the best students at the École de Rome.”

In the first of our two canvases, Leroux represented the loggia giving on to the Piazzale, decorated with the most emblematic sculptures of the 16th century, Mercury by Giambologna. It is an evocation of the sumptuous collection brought together at the villa by Ferdinand de Medici (1549-1609), most of which is today at the Uffizi in Florence.  The originality of the point of view chosen by Leroux, from the side and seen from a low angle, as well as the interplay of the balusters that punctuates the composition, brings it a great deal of spirit and dynamism.

The fountain that occupies the center of the Piazzale is today dominated by the tall silhouette of the obelisk that replaced the sculpture depicted by Leroux. In the background, under the balustrade, the retaining wall of the bosco had, in its time, inspired Velasquez to create one of his rare pure landscapes, today in the collections of the Prado.

The skillful interplay of shadow and light, giving depth and relief to his works, and Leroux’s touch of  Divisionism are typical of his art, marked both by Neo-impressionism and the Nabis, as well aby the classicism of Maurice Denis and the artists of the Renaissance.