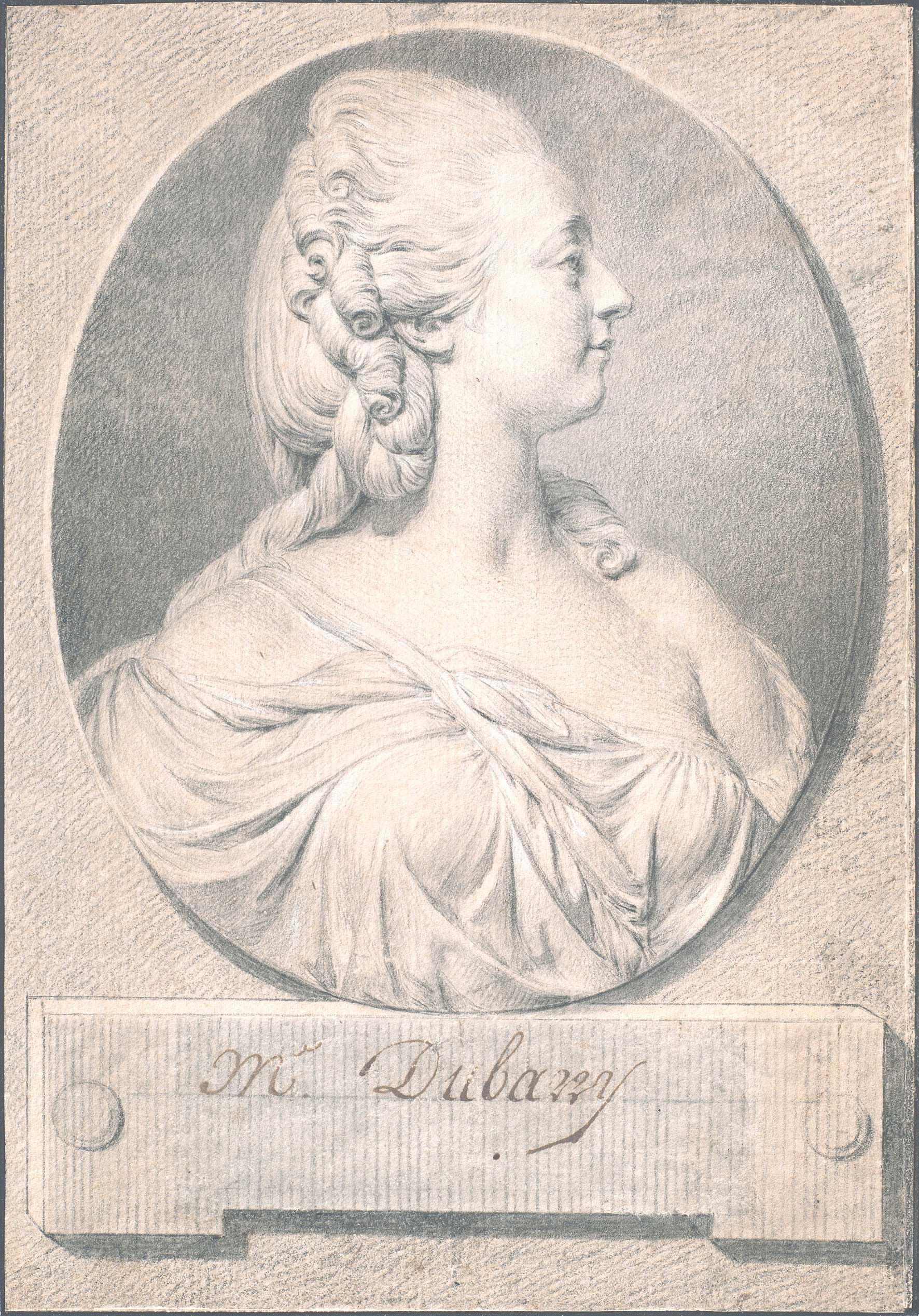 Born in 1738 in Toulouse, André Pujos was a miniaturist and draughtsman specialising in portraits. He was received member at the Académie de Toulouse, and later at the Académie de Saint Luc. He did portraits of scholars, scientists, inventors and literary figures, including the anatomist Sue, the writers J. Delville and La Harpe, the police lieutenant Lenoir, and the Comte du Buffon. The majority of these portraits were then engraved by V. Vangélisty, Mme Lingée, Vonsac and Legrand. Stylistically close to drawings by Cochin, Pujos’ portraits are particularly delicate and often very expressive.

A woman of modest origins, Madame du Barry, Jeanne Bécu, met Louis XV in 1768, and soon became his lover. The king built for her the Château de Louveciennes where she retired after his death in 1774. In 1793, during the Revolution, she was arrested and executed.

Comparative portraits by the artist are now at the Musée de Montpellier, Musée de Toulouse and Musée Carnavalet.