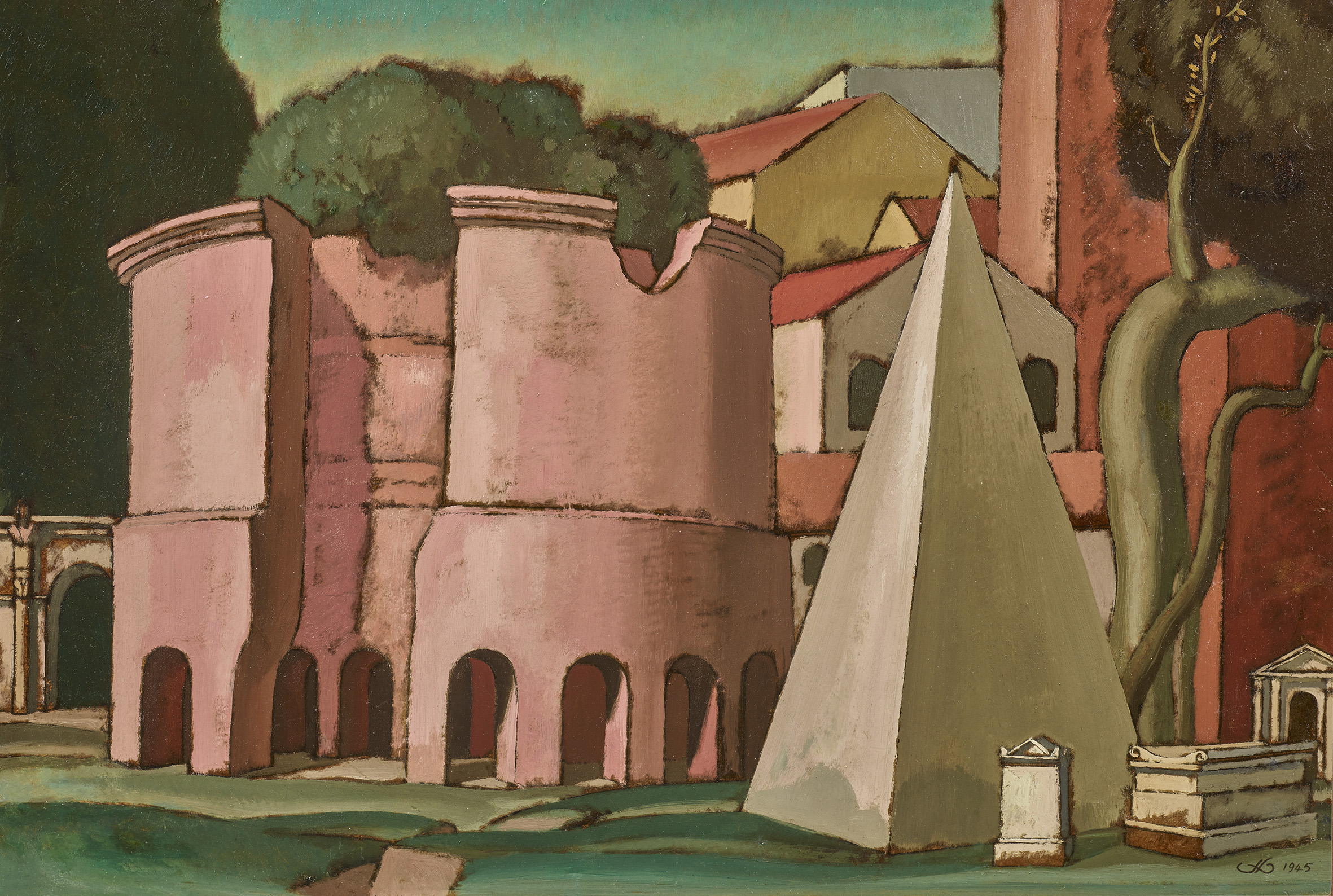 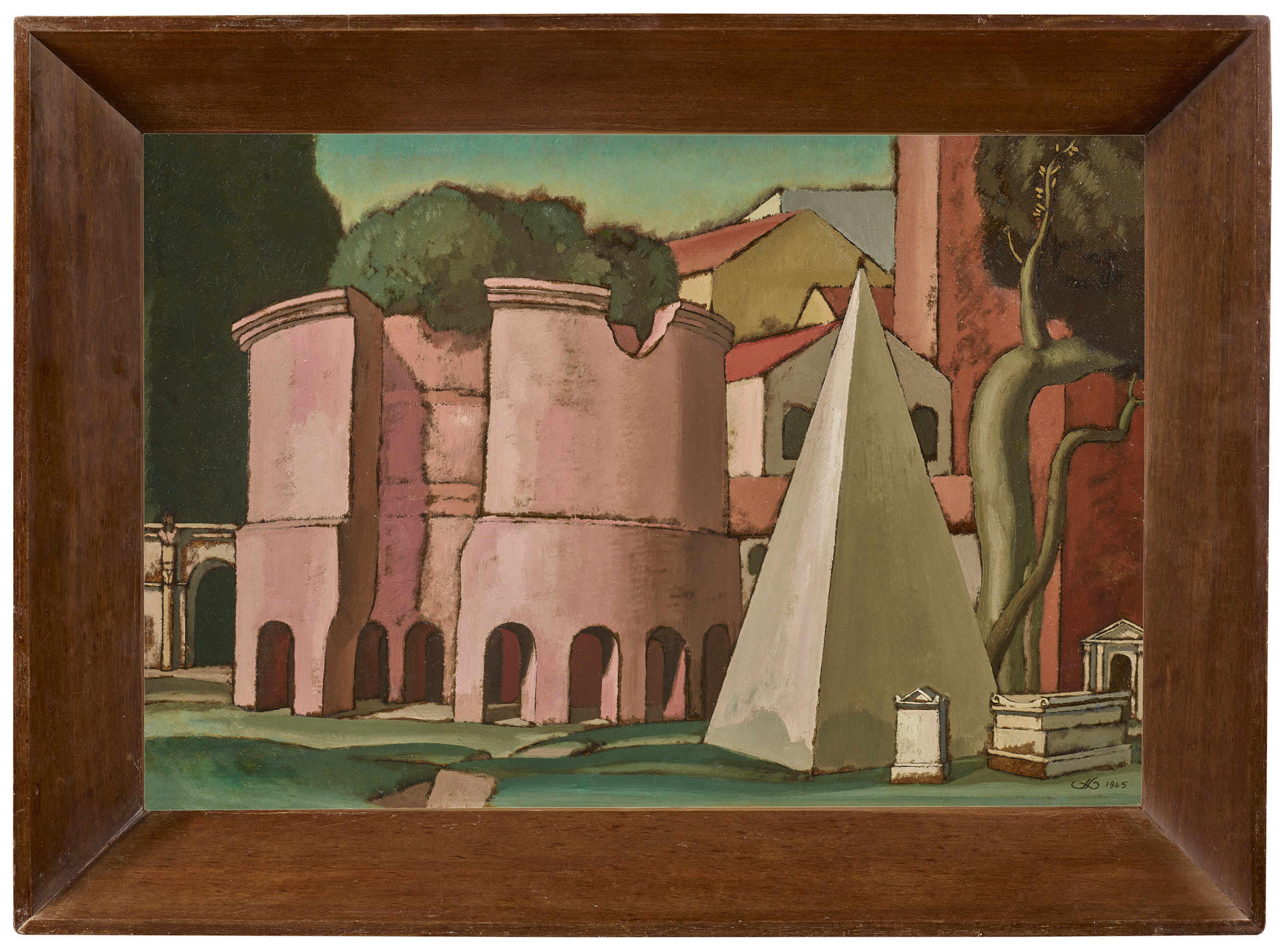 Along with Rome and Paris, the city of Bordeaux occupied an essential place in the work of Jean Dupas. Born in the city, he took his first courses on the banks of the Garonne in the studio of Paul Quinsacat the École des Beaux-Arts of Bordeaux. At the Beaux-Arts in Paris, he studied under Gabriel Ferrier, winning the Prix de Rome in 1910.

As was often the case, his Italian years would have a decisive influence on his work: from 1910 to 1914, and in 1919, he would elaborate his style, and then in the 1920s, group around him a certain number of figures (among them Despujols, Poughéon and the sculptor Janniot), becoming their Chef d’École.

A fervent admirer of Ingres and Bourdelle, Dupas would attempt a synthesis between the purity of line of ancient Greece and Cubist modernity.  Jacques-Émile Blanche came up with the formula “Ingro-Bourdello-Cubiste.”

With the work he intended as a manifesto, The Archers (whereabouts unknown), exhibited at the Salon of 1914, his attempts to simplify volumes and the construction of space became all the more emphatic.

Influenced by Renaissance artists like Pinturicchio and Piero della Francesca, Dupas was very likely sensitive to the metaphysical landscapes of Giorgio de Chirico from 1913-14, like The Red Tower (Guggenheim Museum, New York) and The Enigma of a Day (MOMA, New York).

In our panel, we find the elements essential to the art Dupas: the preponderance of architectural elements in simple, pure volumes (grand Classical arches, like those of the Theater of Marcellus in Rome, and the Caius Sextius Pyramid, in the same city), surreal plant life, the very marked separation of the various planes, and the hollowed-out shadows that punctuate the space. The use of alternating warm and cold colors, applied in well-defined areas, or, on the contrary, in subtle gradations; the use of unpainted portions of the panel; the dark and vibrant line that outlines the contours of the architectural elements—all of these give its character to our painting.

Rewarded by a gold medal at the Salon des Artistes Français in 1922, for his White Pigeons (whereabouts unknown), Dupas was also a curator at the Musée Marmottan and a member of the Académie des Beaux-Arts.

An artist of many talents, he worked considerably in interior decoration and the decorative arts, having worked for the Ateliers d’Art Sacré, in the spirit of Maurice Denis and George Desvallières, for the Manufactures de Sèvres and des Gobelins, for the Exposition des Arts Décoratifs of 1925, as well as on the  decoration of several ocean liners (Grand Salon des Premières Classes on the Normandie, several fragments of which are in the collections of the Metropolitan Museum in New York and at the Carnegie Museum in Pittsburgh). He also did illustrations for Vogue and Harper’s Bazar.

Our painting is an excellent example of Dupas’s very personal attempt to synthesize the avant-garde represented by Cubists and Surrealists and the Classical tradition.