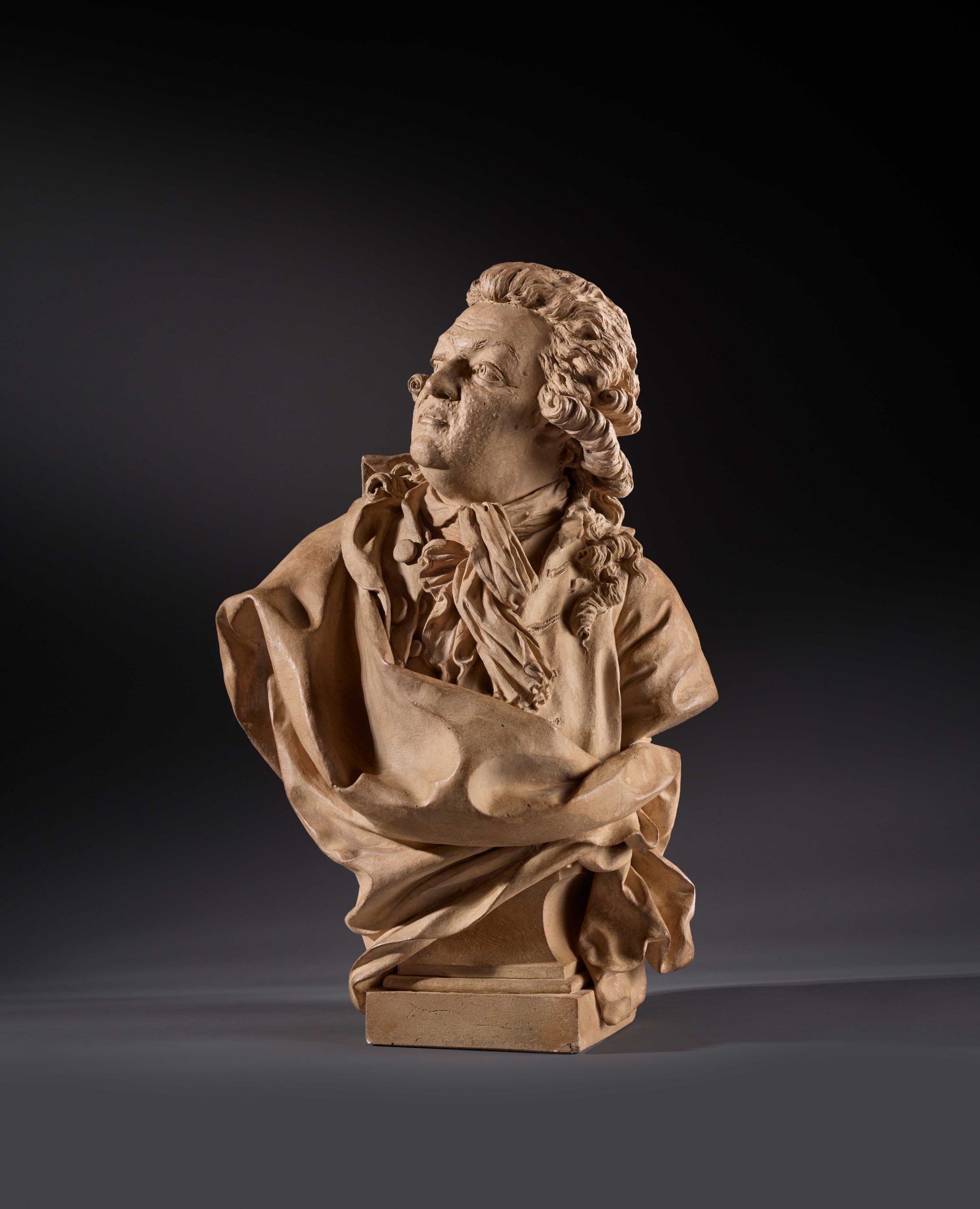 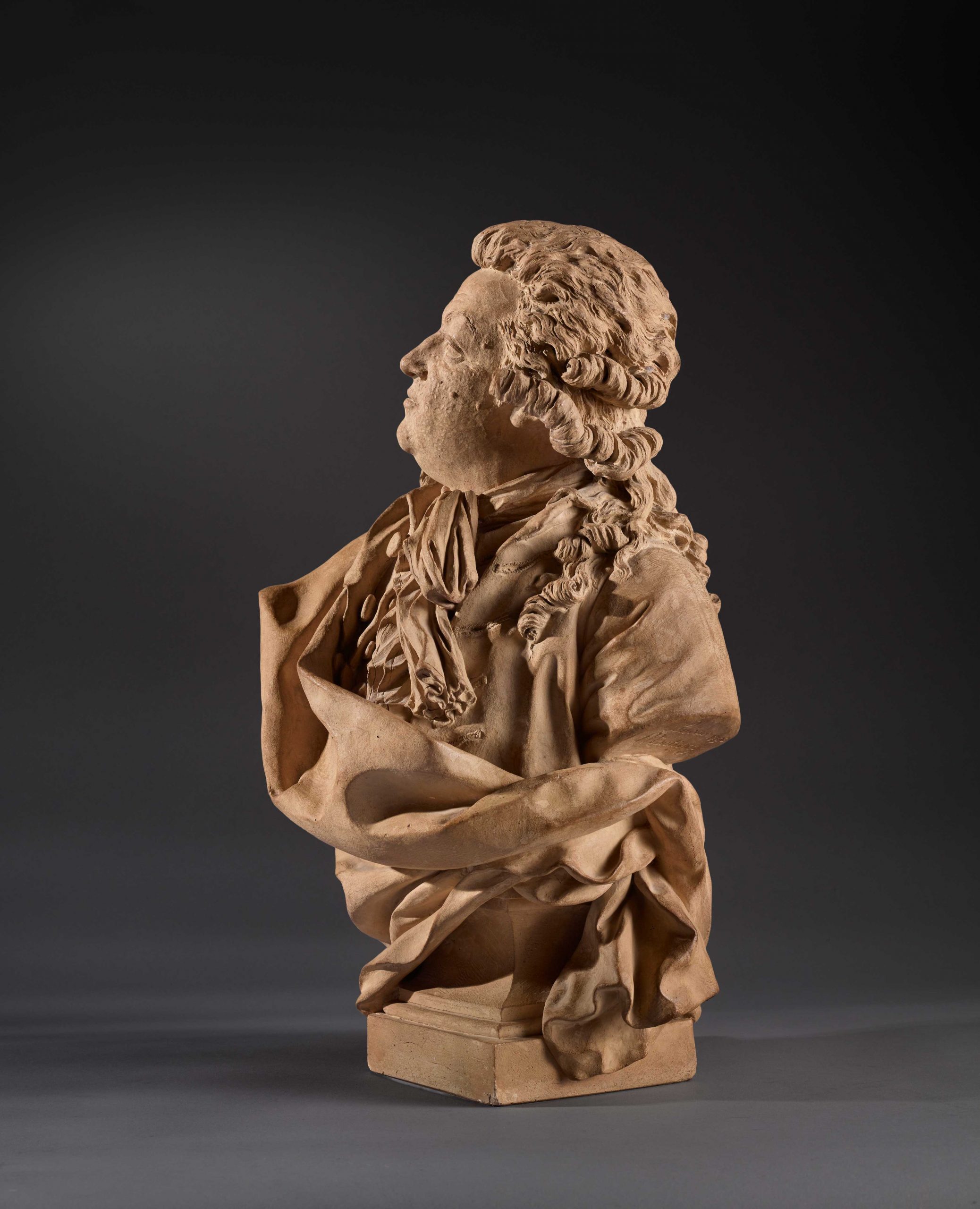 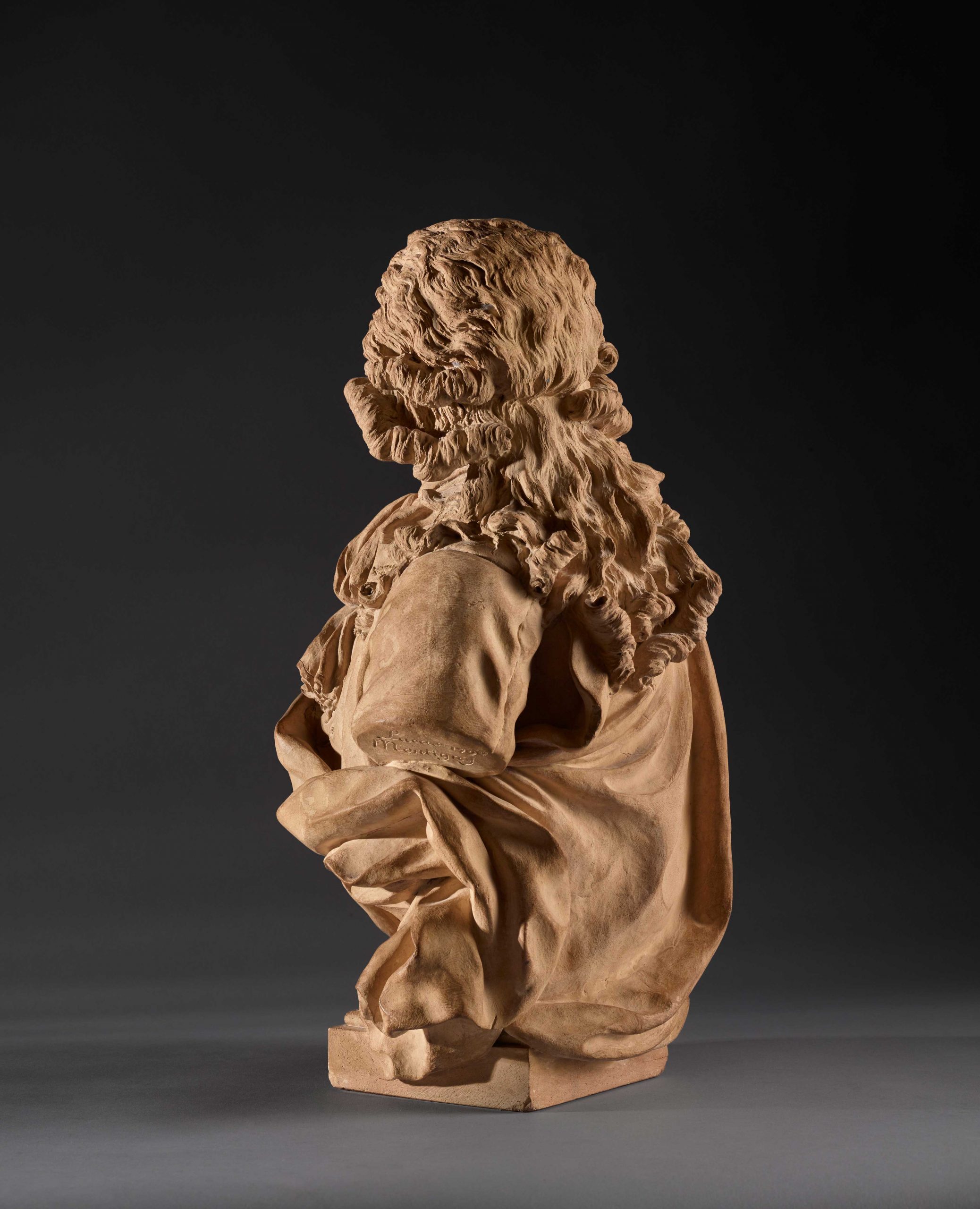 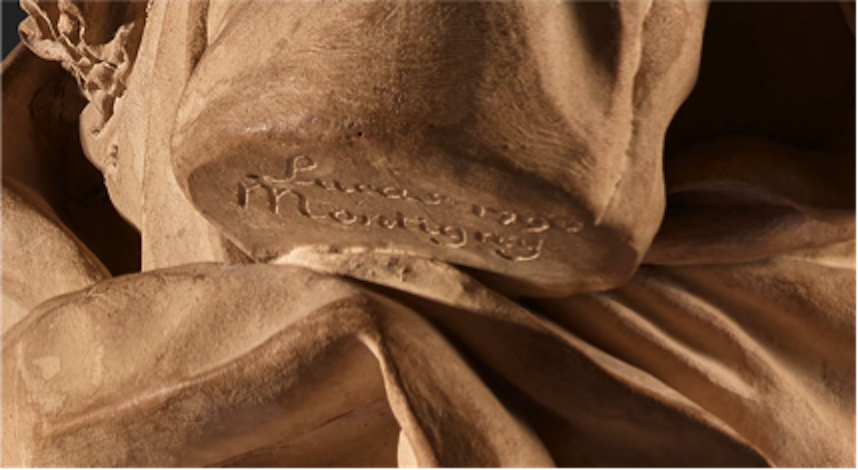 Even while illustrating the not well known personality of the sculptor Lucas de Montigny—the only artist to have sculpted the features of Mirabeau during his lifetime—this never-before-published bust also furnishes us with an opportunity to evoke the close ties uniting the two men through one of his most beautiful portraits, and certainly one of his most striking works.

Commander in the Garde Nationale de Marseille, at the end of 1789 Jean-François Lieutaud commissioned the bust of this most virulent of the députés from Lucas de Montigny to ornament the meeting room of the Société des Amis de la Constitution in the Maison Commune in Marseille, with Mirabeau himself choosing Montigny as the sculptor. Finished in April 1790, the marble was immediately sent from his Parisian studio to Marseille. While this bust probably disappeared—in all likelihood smashed after the brutal turnaround of public opinion when Mirabeau’s correspondence with the king was discovered at the opening of the secret armoire de fer (iron cupboard)—until today it was thought that the large plaster bust, signed and dated 1790, corresponded to the model of this commission (h. 80 cm, signed under where the arm is cut: J R N Lucas de Montigny fecit 1790; A. Kann Collection; sale Paris, Galerie Georges Petit, 6-8 Dec. 1920, no. 172, repr.) In it, Mirabeau was presented informally, his shirt wide-open, his chest thrown out, head high and with a confident expression, a coat thrown negligently over his shoulder, and falling down behind the base.

The discovery of this new portrait in a presentation that is more in conformity with the conventions of the times for an official commission intended to grace a public space, puts this first hypothesis into question, and allows us to envisage with some plausibility that the work that we are presenting here is the autographed replica of the famous portrait for the Maison Commune in Marseille. Still draping him in a theatrical manner, Montigny here represents Mirabeau with a shirt closed by a jabot overflowing with lace and negligently knotted, bursting from an open coat, his head violently turned to the side as if to harangue the crowd, and wearing a luxurious wig, its abundant curls cascading down in back, a fantastic example of virtuosity all by themselves.

The rather unusual and very personal style of the sculptor, marked by the exacerbated expressivity of Verismo—with the artist not averse to representing thick features and a face ravaged by smallpox—comes across clearly here in comparison to the sculpted portraits by Houdon, Jacques-Philippe Dumont and Claude-André Deseine, done after the death of Mirabeau on 2 April 1791 and the contest organized by the Société des Jacobins. The deaf and dumb Deseine won the cup, but pleased with his election the following year as a member of the Jury des Arts, Montigny executed a last marble portrait in herm of his friend (H. 55 cm. Paris, Musée du Louvre, inv.: R.F.347) —the last defender of a monarchy “whose remains will become the prey of the seditious” to quote the last words spoken by the orator on his deathbed.