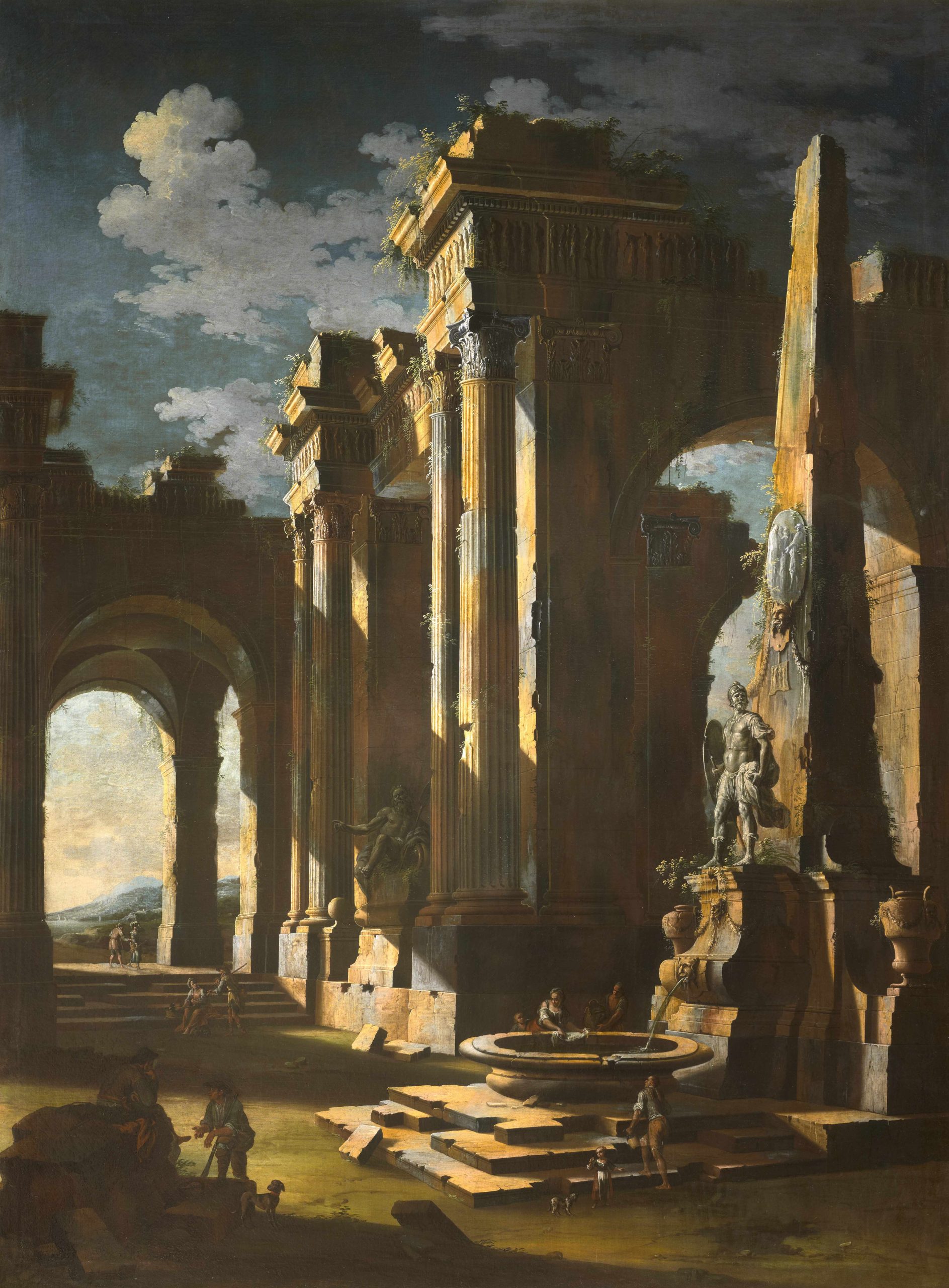 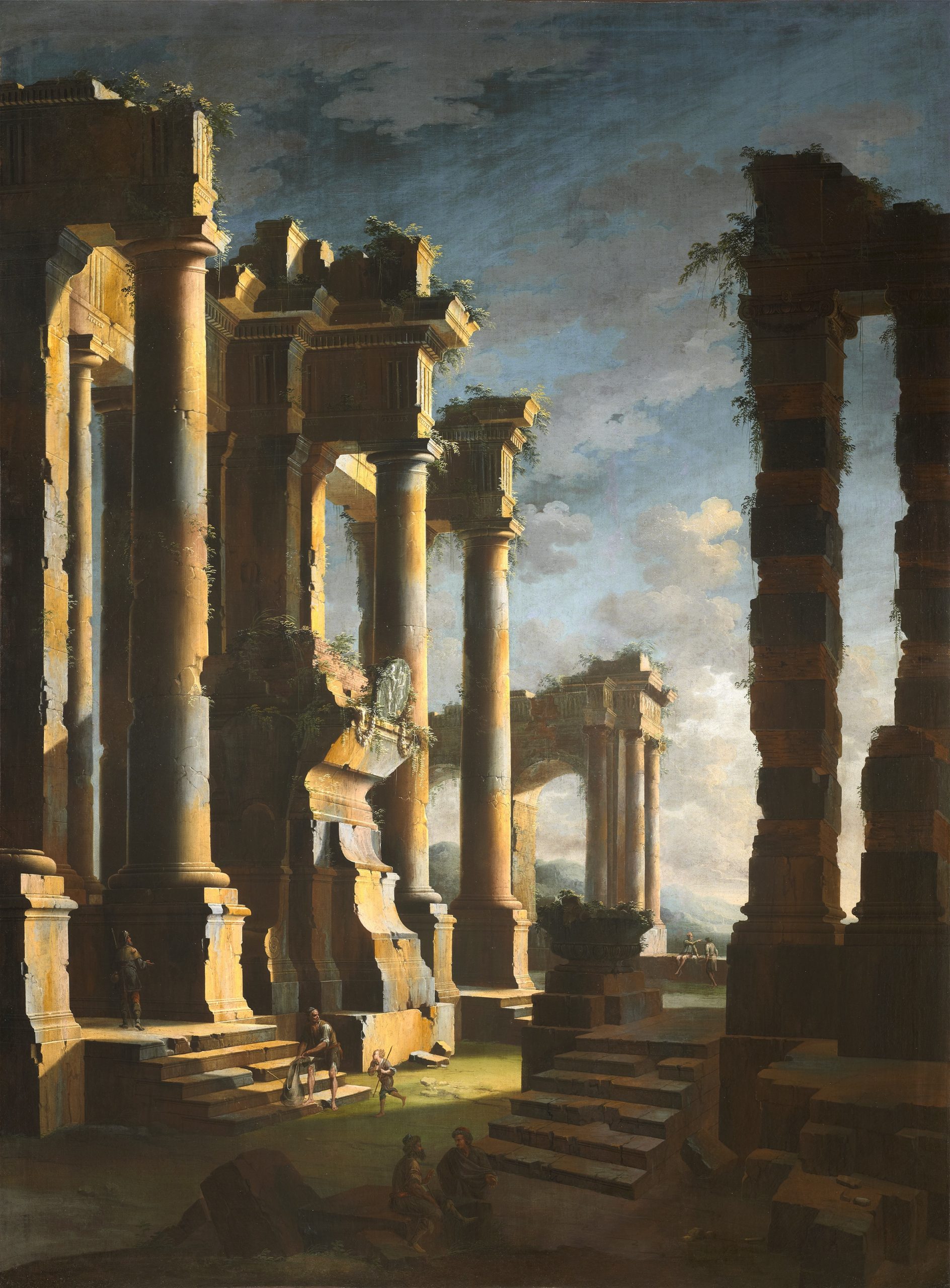 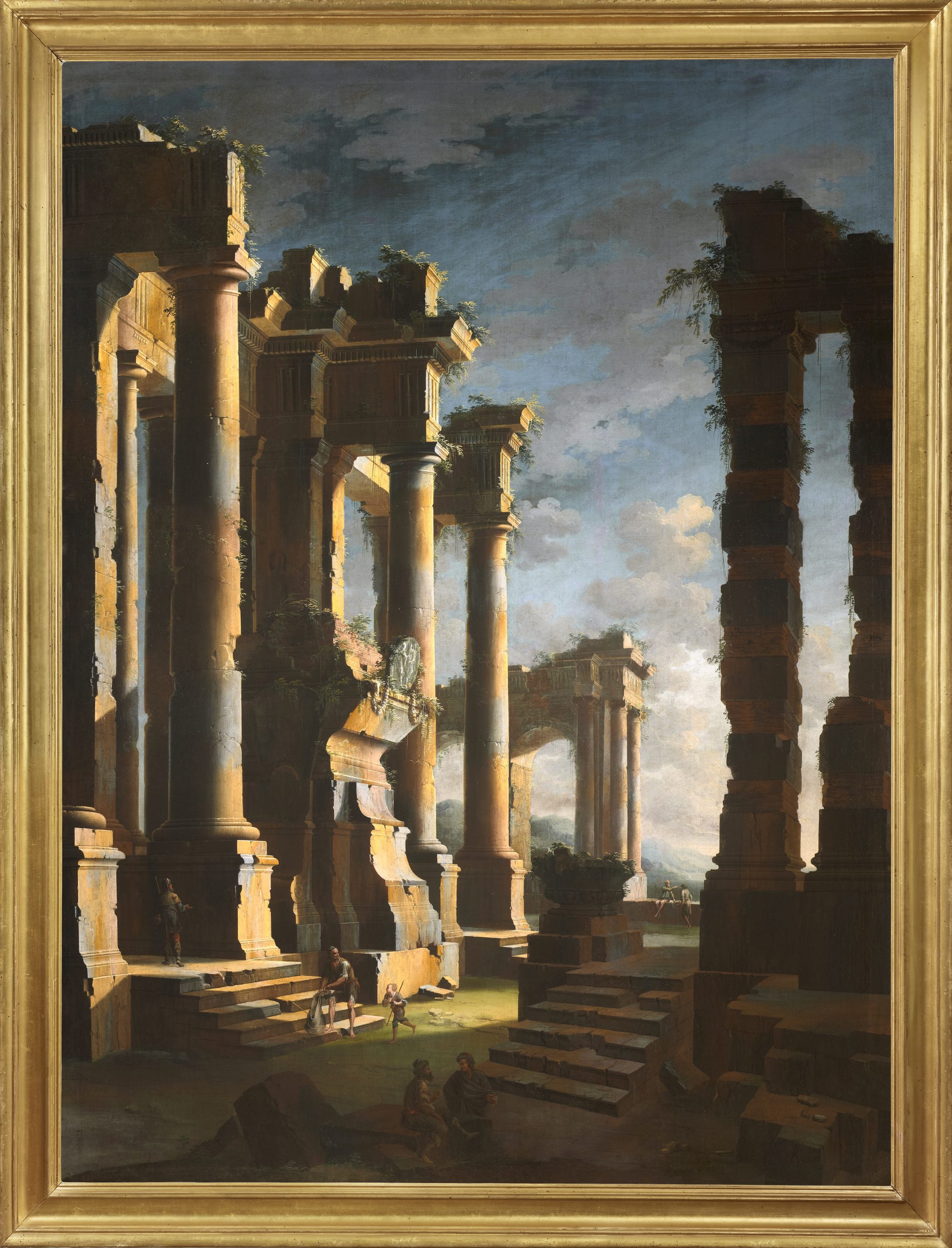 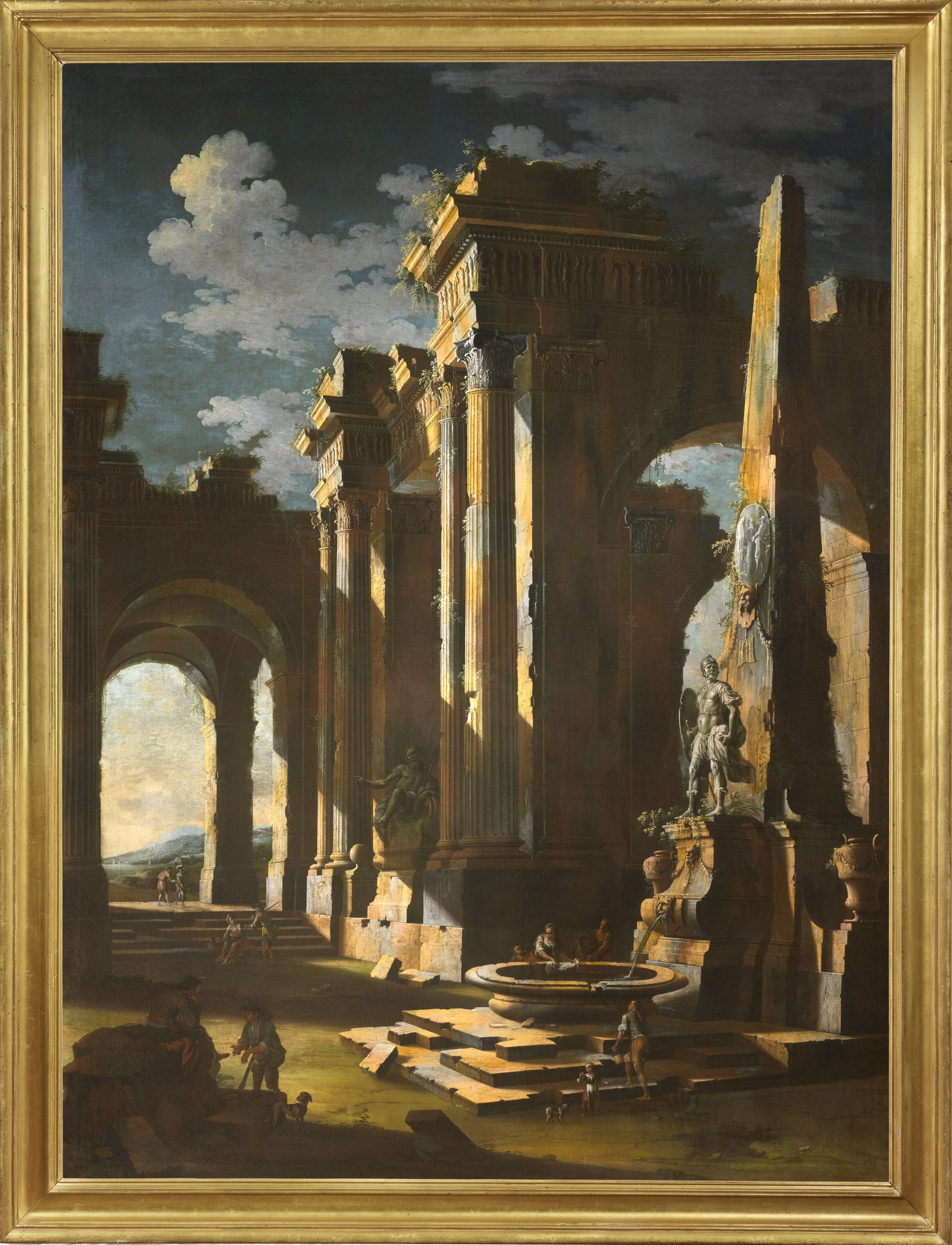 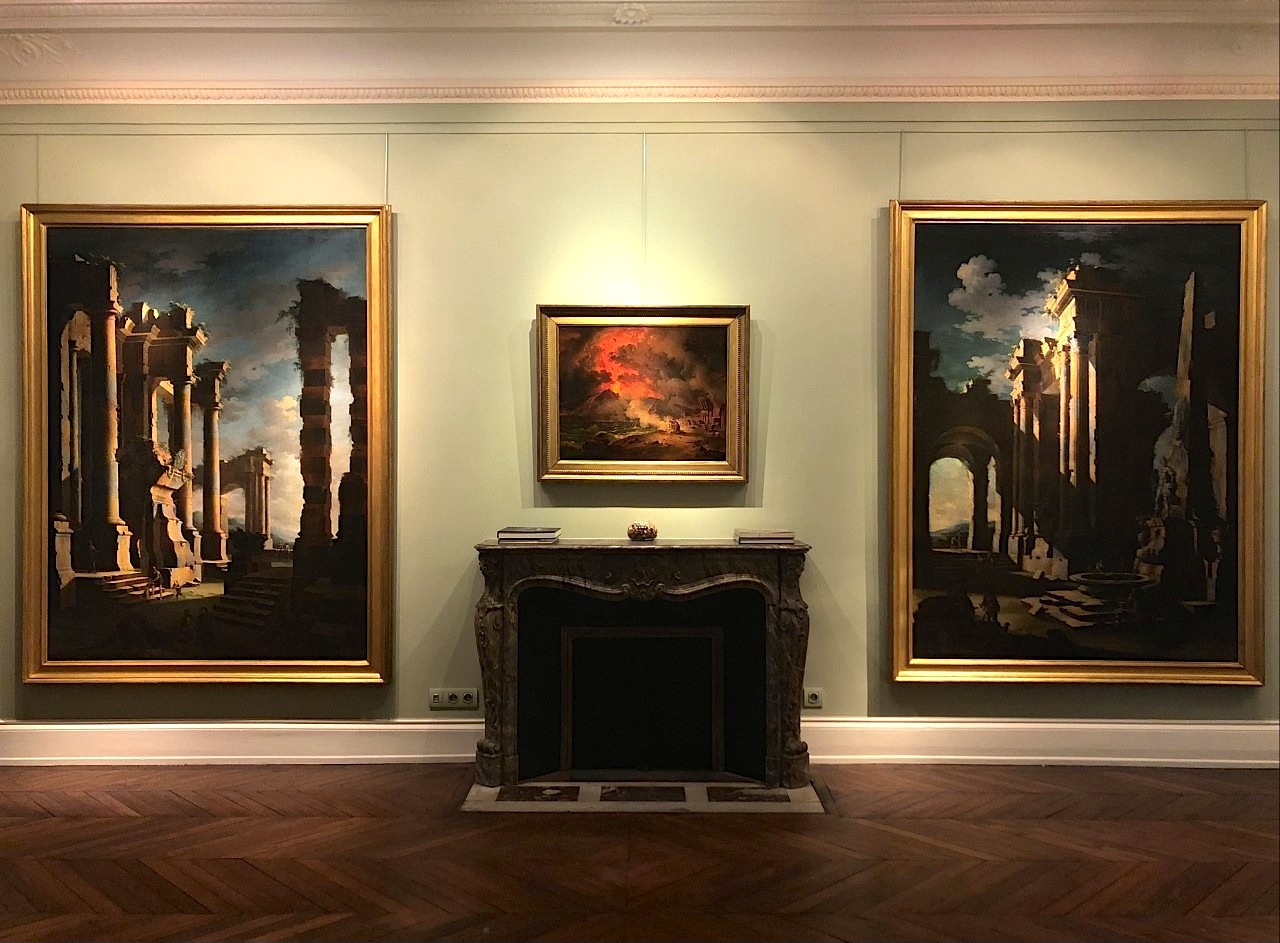 A pair, oil on canvas

Bear an inventory number on the canvas at the back top right : 220 and 222

Coccorante began his studies in the studio of Jan Frans van Bloemen, called « Orizzonte » (1662-1749), where he was initiated into landscape painting. He then trained with Angelo Maria Costa (1670 – 1721), and afterwards with Gabriele Ricciardelli, a Vedutisti painter active between 1741 and 1777.

Coccorante dedicated most of his career to « architectural caprices », often in pairs, few of which are dated or precisely documented. He was, however, given a certain number of royal commissions which allow his developpment to be traced. In particular, he executed overdoors for the Naples and Caserte palaces, in 1738, for the marriage of Charles de Bourbon to Marie-Amélie de Saxe. The following year, he also executed two paintings, View of Naples Seen from Calascione and Palace of the Regi Studi, today in a private  Neapolitan collection.

A painter of fantastical, pre-Romantic views, Coccorante was greatly interested in atmospheric effects, storms, shipwrecks, and full moons, as in the very beautiful Ruins at the Seaside, Stormy Atmosphere at the Musée de Grenoble, foreshadowing the experiments of great landscapists such as Vernet.His scenes of monumental architecture are sometime peopled with characters from the Bible or mythology, as in Ruins with Christ and the Adulterous Woman at the Copenhagen Museum.

In the years 1755-1760, Coccorante returned to painting more realistic views of Naples and its surroundings in the tradition of the vedute of his master Costa, probably intended for travelers making the Grand Tour.

He sometimes worked with figure painters, like Giacomo del Po and Giovanni Marziale, for staffage in his compositions.