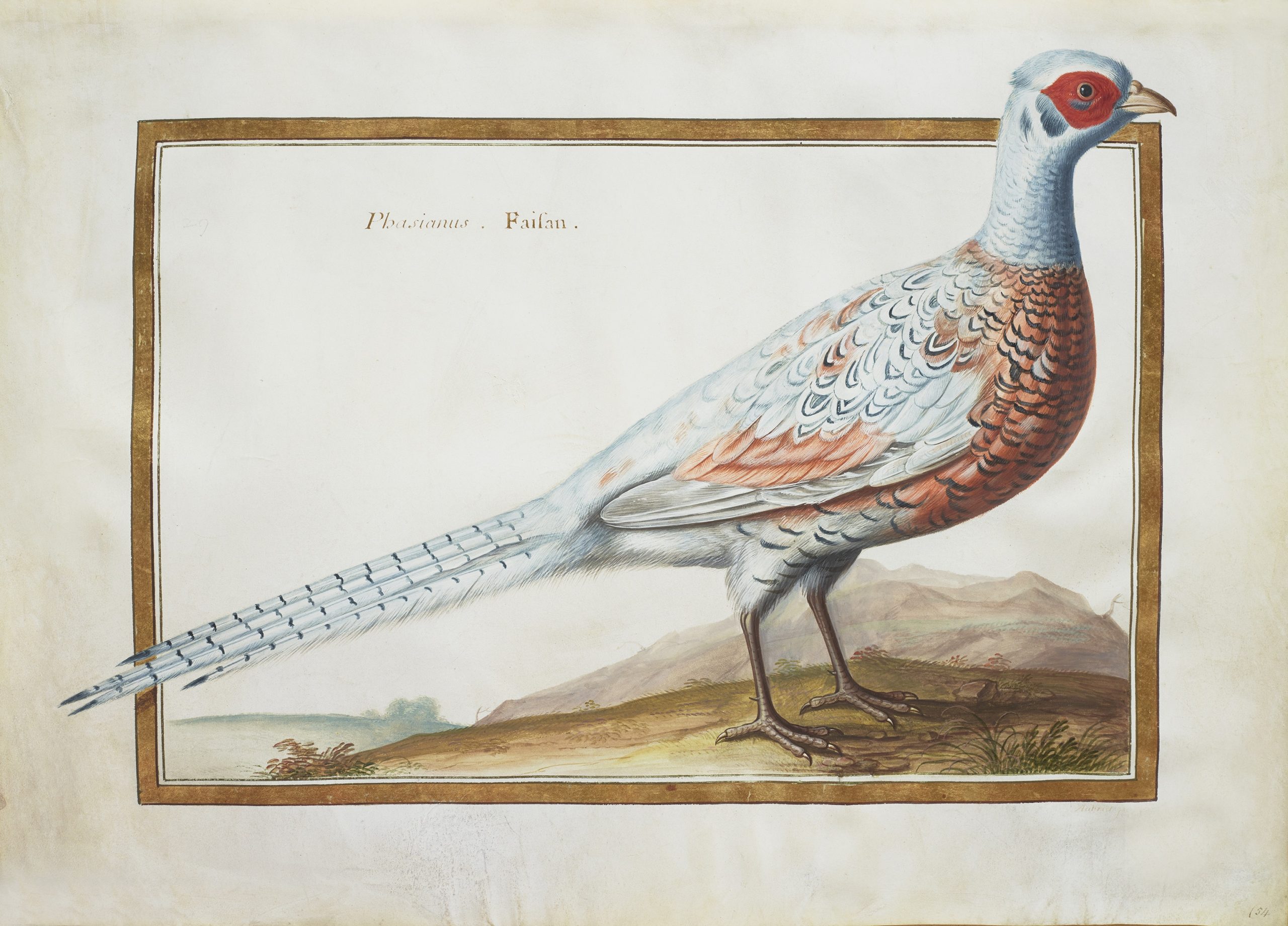 Gaston d’Orléans, the brother of King Louis XIII, an enthusiastic botanist, established a botanic garden at Blois where many rare plants were grown. The director of the gardens is thought to have encouraged Nicolas Robert (1614-1684) to draw the many species of plants growing there. After the death of Gaston d’Orléans in 1660, the collection of plants drawn on vellum by Robert at Blois, was left to Louis XIV, who deposited them at the Jardin des Plantes in Paris. Robert remained n the service of the king enabling him to continue his work portraying plants of the Jardin. This incomparable collection of plant drawings on vellum, known as Les Vellins du Roi, enlarged during the eighteenth and nineteenth centuries with works by other renowned artists, was moved in 1793 to the Museum Nationale d’Histoire Naturelle, where it remains.

Claude Aubriet followed Jean Joubert the successor of Nicolas Robert, as draughtsman of the plants cultivated at the royal botanical garden in Paris. Aubriet’s images mostly painted with body color on vellum are scientifically correct drawings, maintaining the high standards set by Robert. Aubriet was sponsored by Joseph Pitton de Tournefort (1636-1708), an important French botanist who commissioned him to illustrate his famours Élémens de Botanique, published in Paris in 1694.