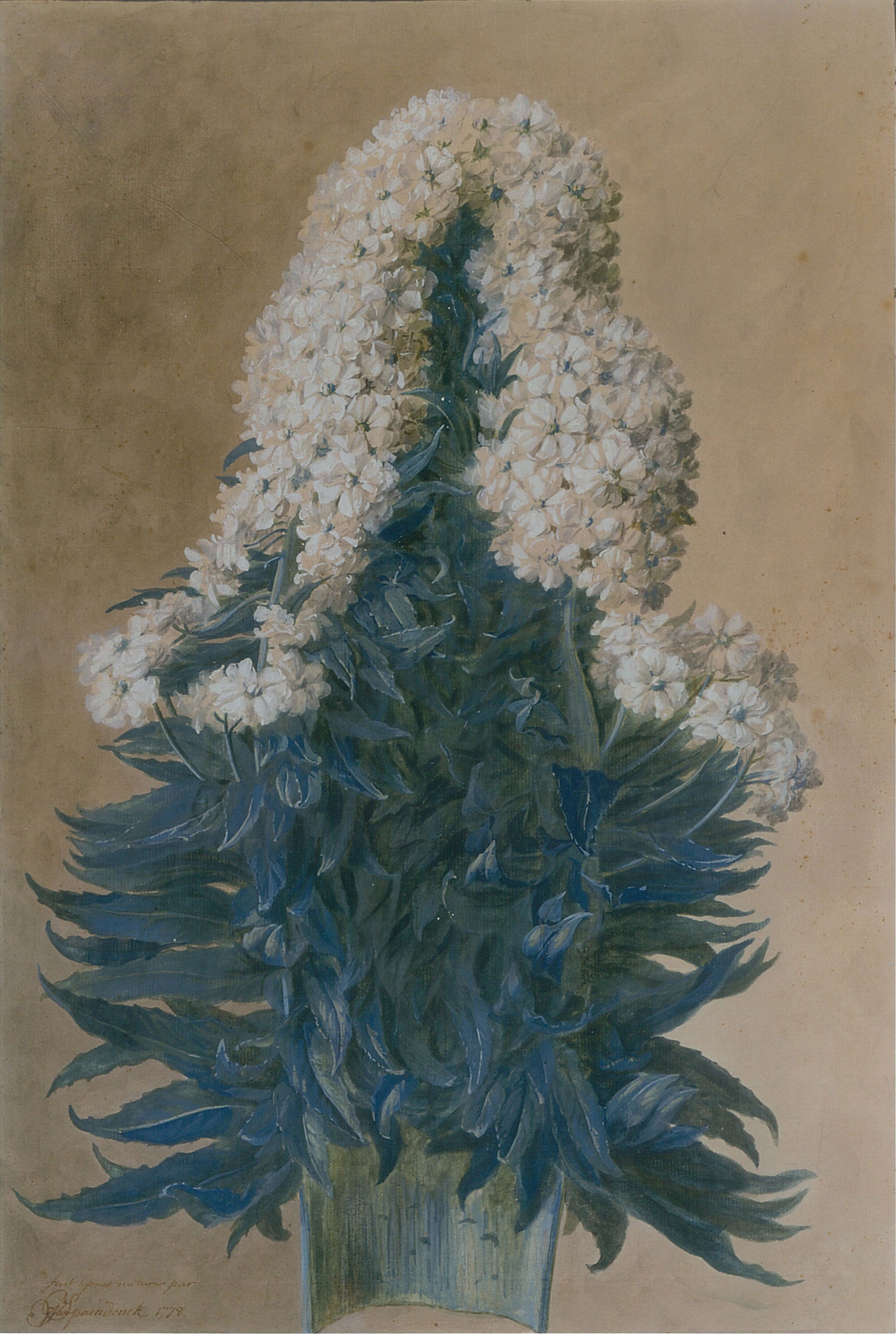 Study of a Flower

Our Study of a Flower, from the gillyflower family, is dated 1778, quite early within the artist’s oeuvre. It was in 1780 that he was named professor of flower painting at the Jardin du Roi, which became in 1794 the National Museum of Natural History. In 1793 he was named administrator and professor of iconography.

Spaendonck participated as well in the development of the Vélins du Roi and, around 1800, he prepared a series of twenty drawings of flowers which were to be engraved and published under the title Fleurs dessinées d’après nature. Even though it dates nearly twenty-five years earlier, our drawing closely approaches this group in style and quality.