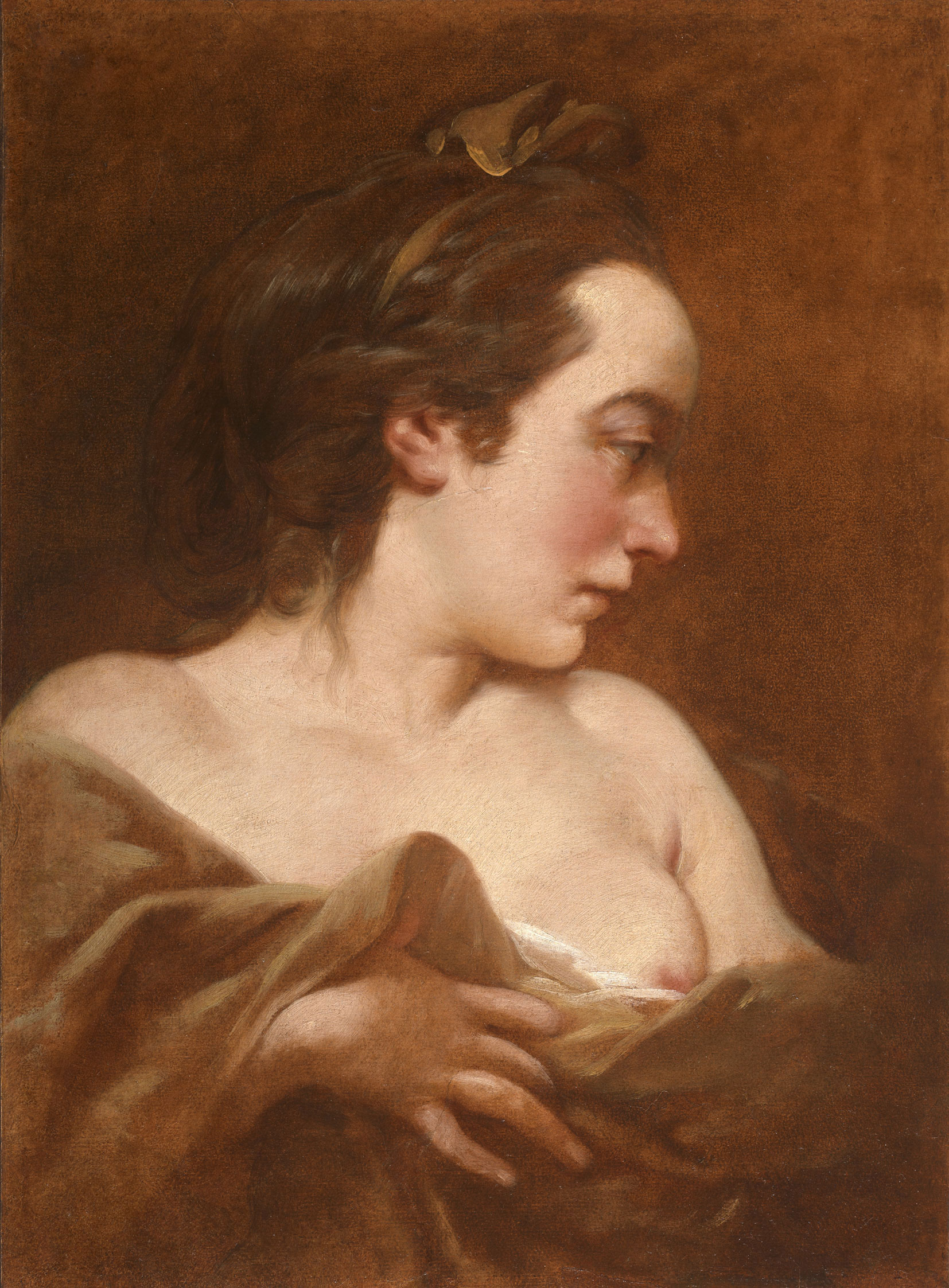 Oil on paper mounted on canvas

Born in Paris on 6 March 1714, Pierre won the Grand Prix in painting from the Académie in 1734 at the age of 20. This success earned him a stay at the Académie de France in Rome as a fellow of the King from 1735 to 1740 under the directorship first of Nicolas Vleughels, then of Jean-François de Troy. Upon his return to Paris, Pierre was invited to join the Académie on 29 April 1741, becoming a full member on 31 March 1742. The artist shone at all types of painting, and throughout the 1740s carried out numerous commissions for individuals, the Royal Household and the Church. The works he submitted to the Salons evidence this diversity: bambochades (popular scenes of common amusements) are mixed with grand religious or historical compositions, as well as with mythological works. Armed with the success of his art, Pierre conquered the levels of the academic hierarchy one by one: he became assistant professor in 1744 and was the youngest candidate chosen to participate in the contest organized by Lenormant de Tournehem and Charles-Antoine Coypel in 1747; this latter earned him his professorship in 1748. Widely recognized and the object of much critical attention, in 1752 he was named First Painter to the Duc d’Orléans. He furnished numerous drawings for the new apartments at the Palais-Royal where he painted a ceiling representing The Apotheosis of Psyche. In 1754, he decorated the private theater of the Duc d’Orléans on the Faubourg Saint-Martin. In 1768 at the Château de Saint Cloud, he executed a ceiling with five compartments illustrating the theme of Rinaldo and Armida. Between 1752 and 1757, Pierre also painted two cupolas for the Eglise Saint-Roch: The Triumph of Religion for the Communion Chapel and above all the immense Assumption of the Virgin for the Chapel of the Virgin, his masterpiece and the only example left of the painted ceilings which made his reputation. In 1761, Pierre was made a knight of the Order of Saint-Michel and, in 1770, became First Painter to the King, in charge of the Arts and Director of the Académie Royale de Peinture et de Sculpture.

For nearly twenty years, along with the Marquis de Marigny then Abbé Terray and above all, the Comte d’Angiviller, he exercised decisive influence on the art and artists of his time. During this period, he reserved his talents as a painter for Royal commissions, which he executed free of charge at Choisy, the Petit Trianon and at Marly. Pierre died on 15 May1789, on the eve of the Revolution.

Pierre produced relatively few oils on paper, the majority of which are to be dated to the period he stayed at the French Academie in Rome between 1735 to 1740. The support was greatly valued by the students who could easily take back their works at the end of their stay. This portrait of a young lady, painted freely and with great spontaneity, was clearly not intended as a finished work of art. All the sensuality and intimacy result in a very personal work, which the artist almost certainly would have kept all his life.

Even though more serene, this work recalls Caravaggio’s Boy bitten by a Lizard (Fondazione Robert Longhi, Florence), in which the boy’s shoulder is exposed in a similar way and the hand in the foreground also appears strikingly mannerist.