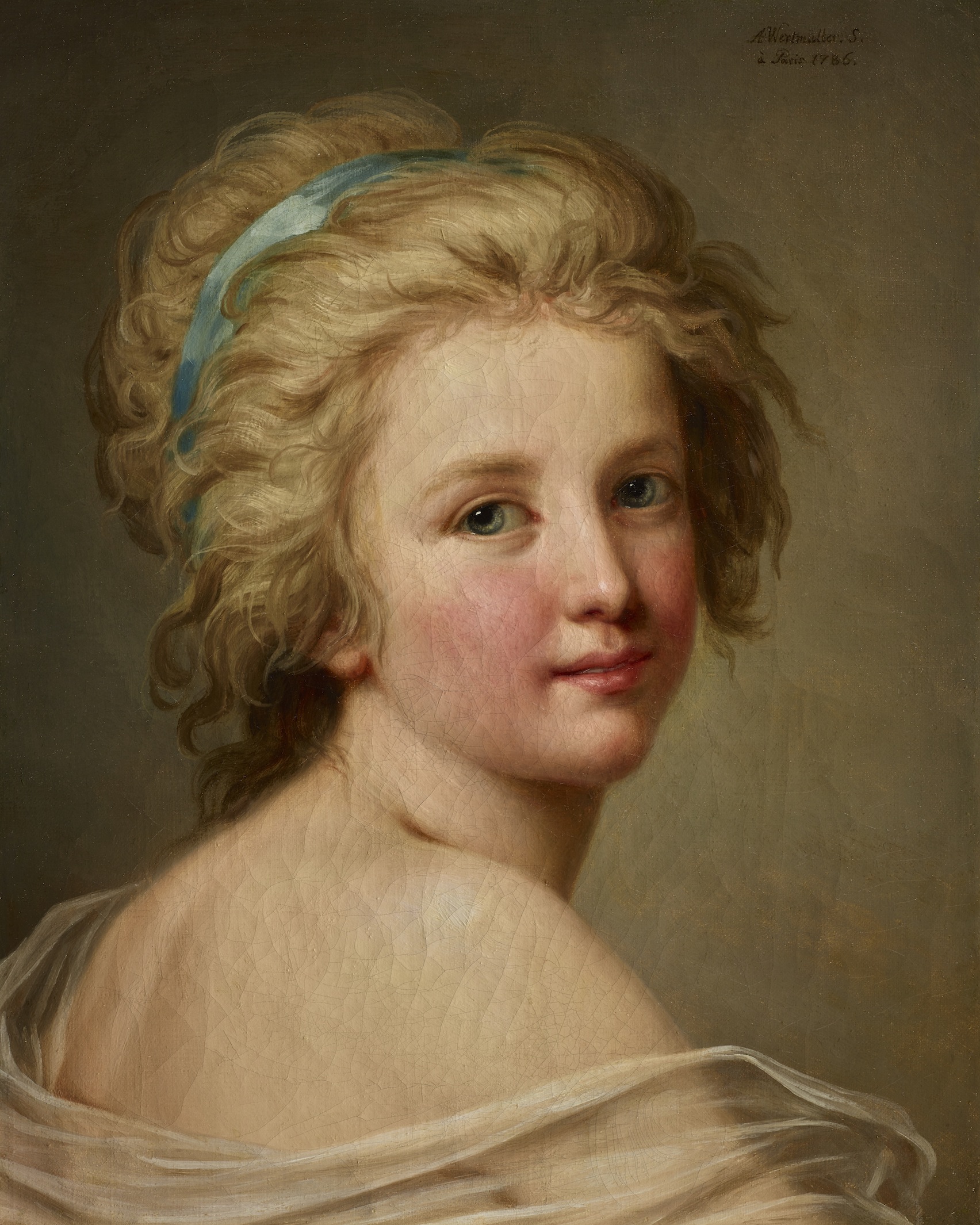 Student of a French sculptor in Stockholm, the young Wertmüller really began his career in Paris, where he went to spend a few years. Enrolled at the Beaux-Arts in 1772 as “protégé of Mr. Roslin,”  he was then mentioned as being a student of Vien

Wishing to be a History painter, he left for Rome, where he spent three years, before moving on to Lyon and returning to Paris.

Admitted [to the Académie] in 1783, Wertmüller became a full member on July 31st of the following year with two portraits, Caffieri  and Jean-Jacques Bachelier. These two masterpieces were rediscovered at Versailles during the large retrospective “Artistes Suédois en France au XVIIIe siècle” (1945).

The backing of Gustave III, who even visited the studio of the young Wertmüller, as well as the support of Gustaf Mauritz Armfelt, favorite of the king, and of the Comte de Staël, led to the commission of the Portrait of Queen Marie Antoinette and her Children. Finished in August 1785, then sent to Sweden, this emblematic painting is today exhibited at the Nationalmuseum in Stockholm. Wertmüller also executed several other head and shoulders portraits of the Queen, but while he might have believed that his French career was definitively launched, the prestigious commission and the jealousy that it engendered provoked an enormous cabal among French artists.

In 1787, Wertmüller exhibited Child Playing with a Dog (the model was the son of Mme Campan) at the Salon, as well as number 129, a grouping of Several Portraits and Heads of Children. It is entirely possible that our young girl, like another portrait of the same format and also dated 1786, belonged to this ensemble, although we cannot be positively certain.

Our full-spirited young girl, recalls the portraits of Madame Vigée-Le Brun, she too a celebrated portraitist of Queen Marie-Antoinette and her children.