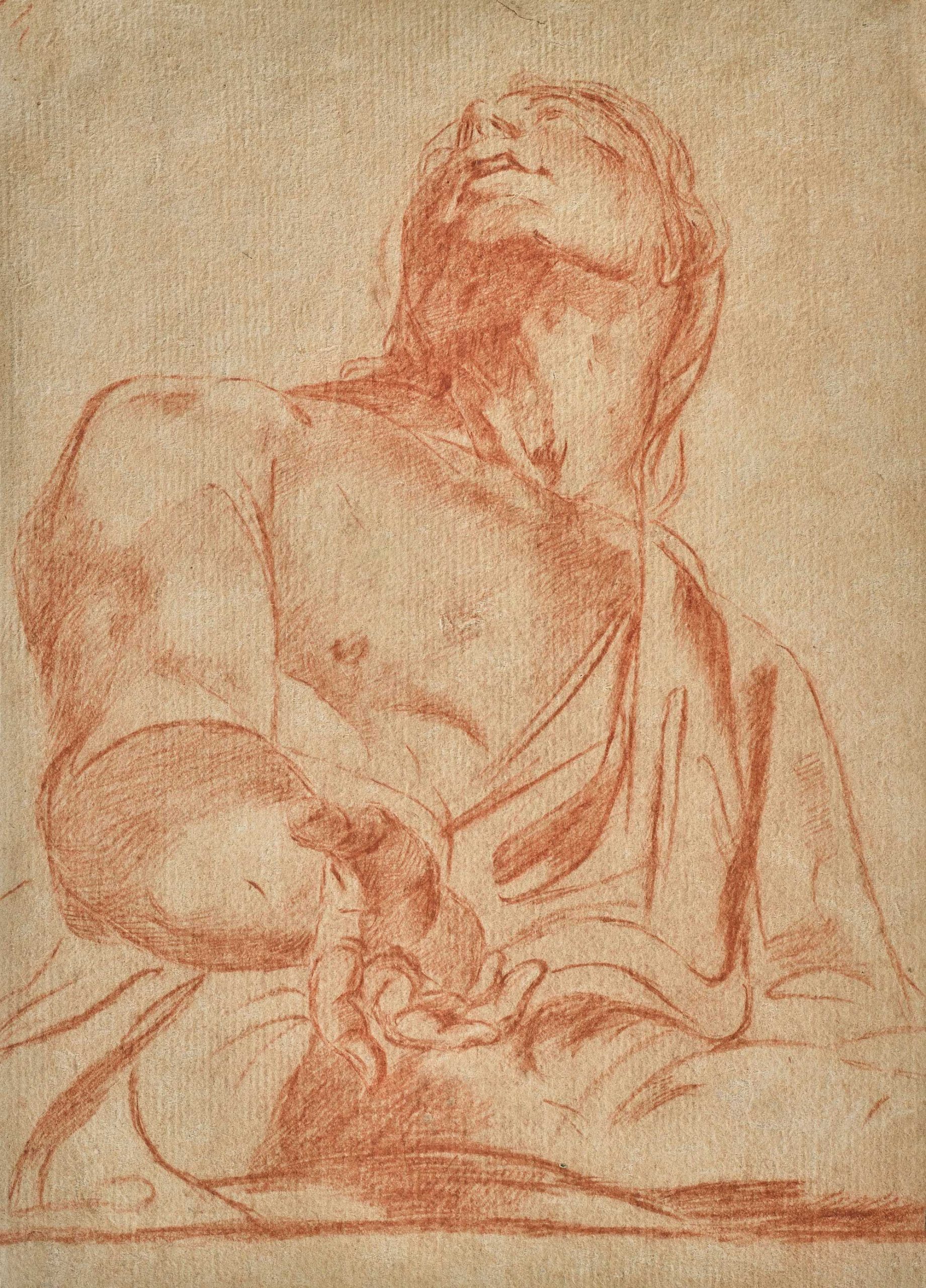 Carlo Donelli is known as ‘Il Vimercati’, after the Lombard town of Vimercate from which his family is thought to have originated. A pupil of Ercole Procaccini the Younger (1596-1676), he gained a considerable reputation as a painter in Milan. He was a member of the Accademia Ambrosiana and of the Accademia di San Luca and most of his commissions were for churches in and around Milan. Today very few of his paintings survive, while his drawings are more numerous. In her 2007 article, Angelica Poggi lists 88 drawings by the artist of which 66 in the Biblioteca Ambrosiana, Milan (A. Poggi, op. cit.).

As a draughtsman, the preferred medium of the artist was red chalk. His œuvre is characterised by the monumentality of his figures, occupying almost the entirety of their support, and by the theatricality of the subjects. Often seen da sotto, as is the case here (compare with figs a. and b., both private collections), the figures only seldom look out towards the viewer. The male figure on this sheet, having turned his head upwards, almost entirely obscuring his face, seems to communicate with us by gesticulating.