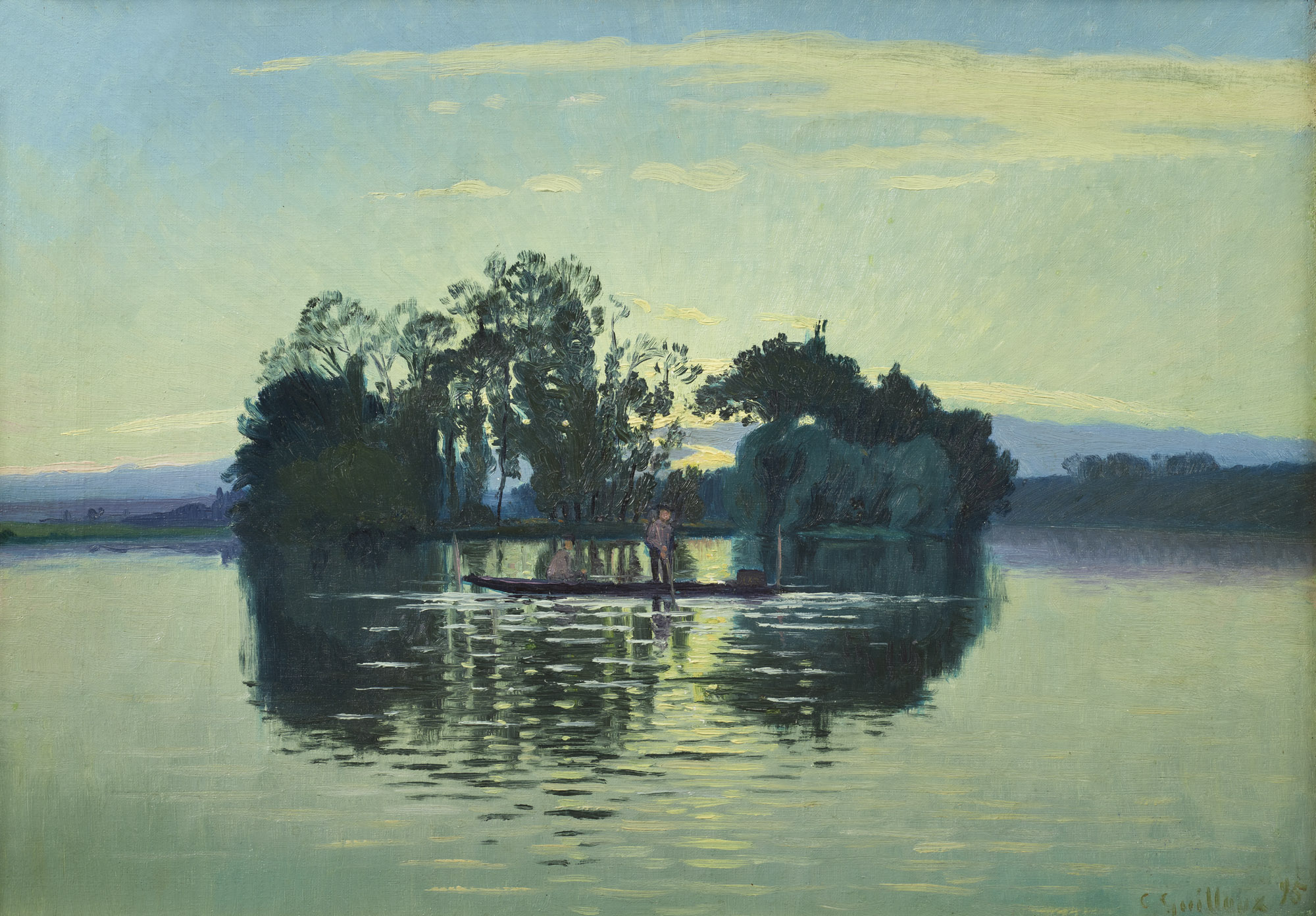 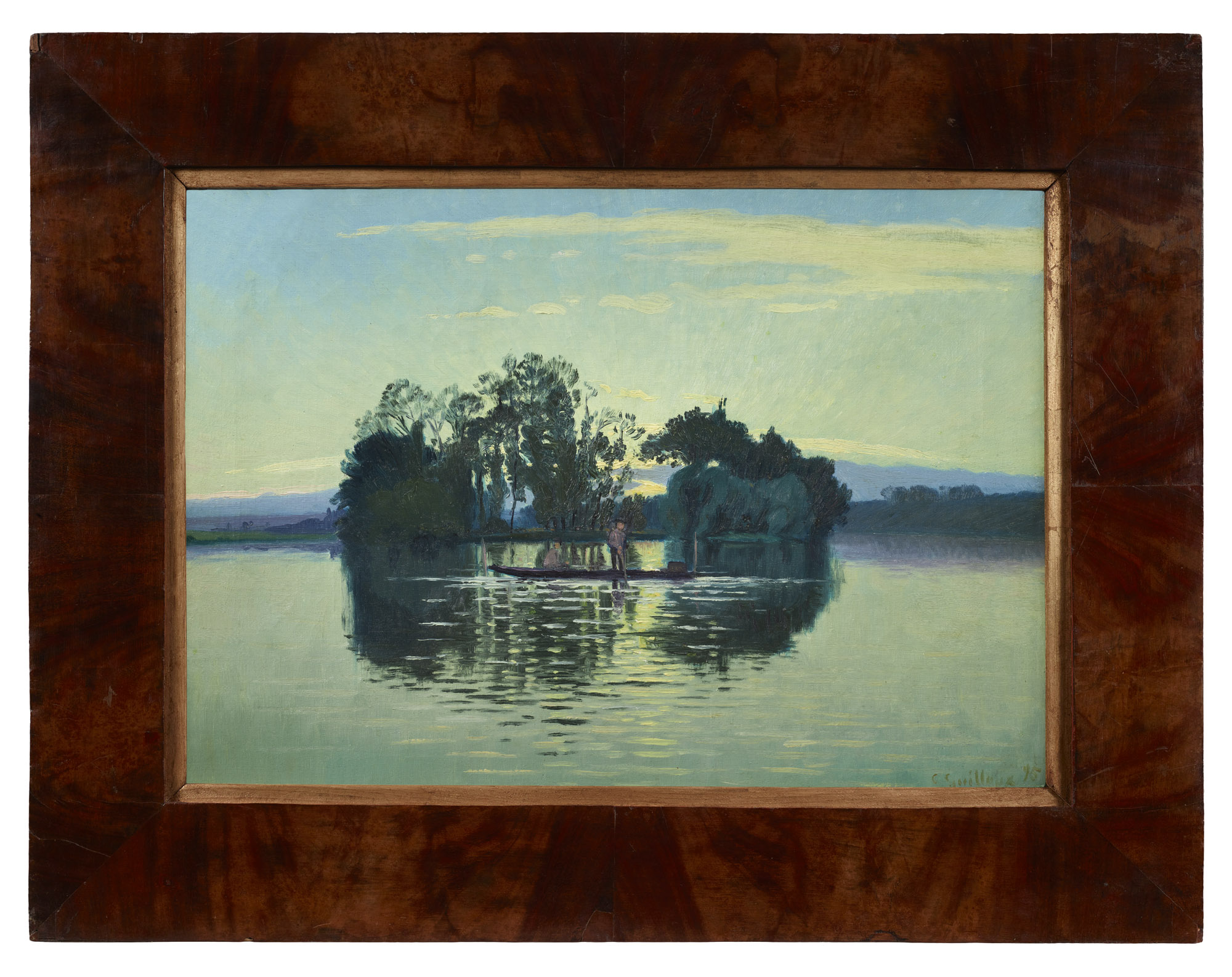 A self-taught artist fascinated by the color theories of Chevreuil and Odgen Rood, Guilloux exhibited for the first time in 1892, at the Salon des Artistes Indépendants. The eight works that he presented there, aside from their undeniably quite singular universe, both poetic and intimist, were also remarkable for their mysterious titles: “The Heroic Funeral Ceremonies,” “Torment,” “Pink Calm,” “Specious Finale.”

With his very first Salon exhibition, the artist was immensely successful and all eight of his compositions found buyers. Apart from his success with the public, the artist aroused the interest of critics like Gustave Geffroy and Roger Marx. Indeed, the latter considered  Guilloux to be one of the precursors of Symbolism, then in its infancy.

Guilloux thus became one of the protégés of the Galerie Le Barc de Bouteville which at the time was the defender of all the avant-garde artists, among them Anquetin, Toulouse-Lautrec, Emile Bernard, Pissarro, and Van Gogh. Guilloux exhibited regularly until 1897, participating in particular in the large exhibition organized by the gallery, “Impressionist and Symbolist Painters,” in 1894.

Charles Guilloux had his first individual exhibition in 1896, presenting 67 paintings and 55 watercolors.

The artist executed his studies after nature, creating the paintings afterwards in his studio, always privileging the impressions aroused by Nature to a precise, realistic rendering of a scene. He noted on the verso of some drawings possible color combinations and their effect on the viewer: “purple-golden yellow-violet Magnificent.” and “Black and vermillion Terrible assassins.”

Our canvas, published for the first time, is in perfect condition. It dates from the 1890s at the moment when Guilloux’s creativity was at its summit, and is influenced both by the world of the Japanese print with its large zones of flat color and that of the pointillist works by Seurat and Signac, particularly in the treatment of the water in the foreground.

Representing a loop in the Seine River, a few kilometers from Paris, Guilloux’s painting shows us an immense, dusky sky, and the silhouette of an island topped by a bouquet of trees reflected in the glittering water.  The work is emblematic, both mysterious and poetic, at the crossroads of different avant-garde movements in the late 19th century.