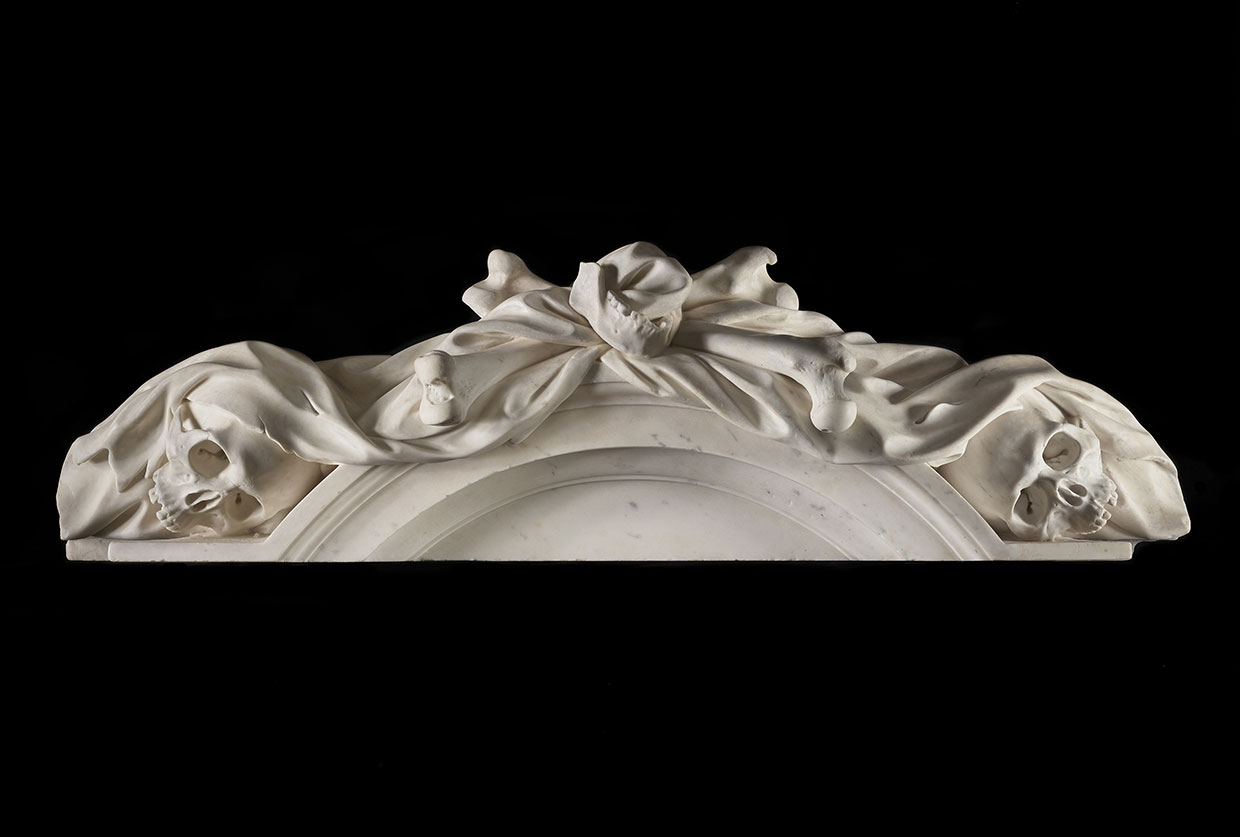 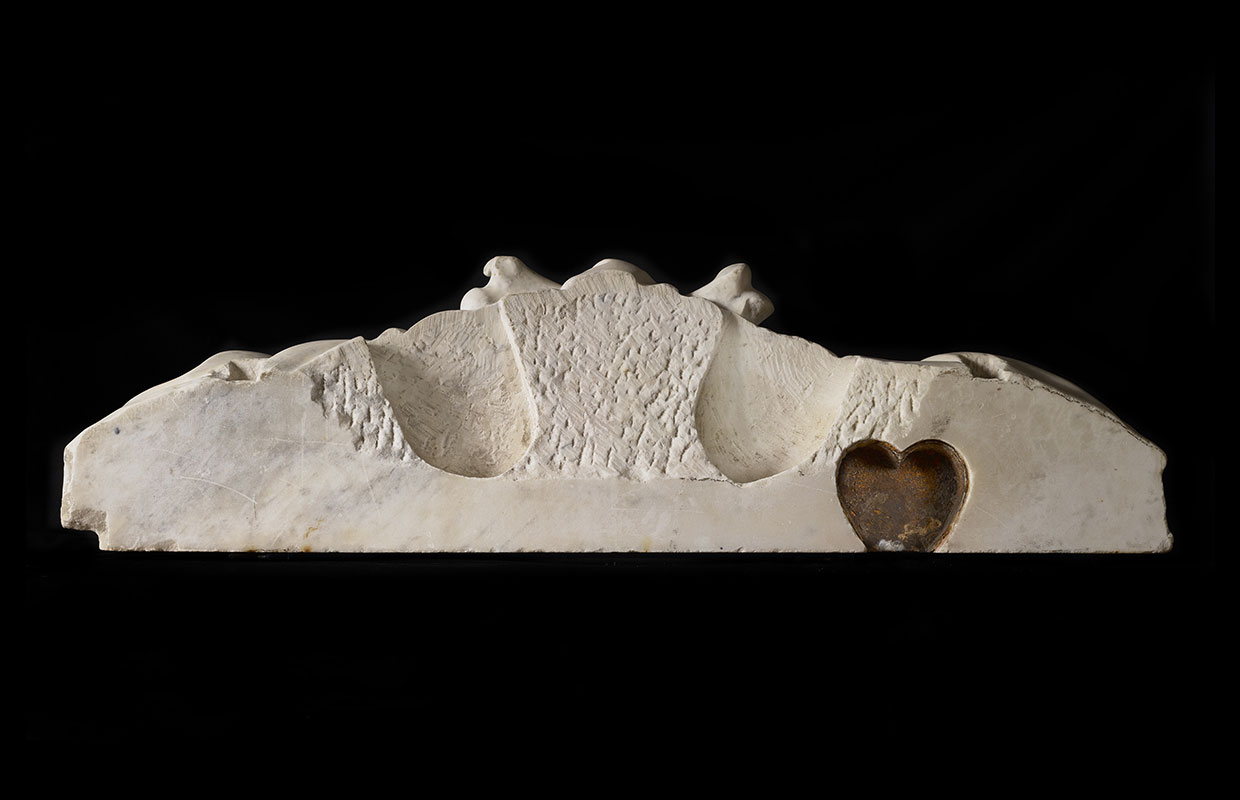 Our funerary monument represents a length of fabric draped across an entablature, framed by two skulls and surmounted in the center by two crossed bones and a jawbone; we situate its making to France and date it to the mid-17th century.

On the back can be seen the marks of the trepan used to extract and rough-hew the block of marble, as well as a lead-lined, heart-shaped cavity which probably contained the heart of the person to whom the monument was dedicated. The back presents two other, symmetrically placed cavities which may have served to receive other elements from the tomb. Finally, there are two notches with traces of rust, by which the monument was most probably hung on the inner wall of a place of worship—a church or chapel.

Our sculpture most certainly belonged to a wall tomb. Its form, with the curved entablature in the center, allows us to suppose that it was situated either at the top or at the base of the funerary monument, for such curved entablatures are to be found at the base of numerous French tombs from the 17th century, sometimes ornamented with skulls or bones, though rather rarely combined with drapery.

The realism of the representation of the skull and the bones, as well as the baroque swirling of the drapery, sculpted with great mastery, authorizes us to date it to the second half of the 17th century. Several comparisons with dated tombs allow us to substantiate this hypothesis. Thus the Mausoleum of the Comte d’Harcourt sculpted by Coysevox, (1666, Church of Asnières-sur-Oise), displays a fluid, dynamic treatment similar to that of our sculpture. In the same realistic, macabre spirit as our work, we would cite the Tomb of Nicolas Girardon by François Girardon (1691), in the Church of Saint-Rémi in Troyes, at the base of which one finds two bones crisscrossed on a draped cloth.

The very great subtlety with which the fabric and the bones were sculpted suggests the work of an important sculptor to us. Bones and skull were rendered with very great naturalism, and impressive precision. Careful examination of the partially hollowed out skulls allows us to see that the artist represented a great many details—fissures, neural passages, etc. These elements, which distance our work from much of the standardized production from the 17th century, allow us to relate them to fragments of a contemporary Rouen tomb. In these fragments we find a putto pressed against a skull of a realism that is as striking as that of ours, as well as another cherub, dressed in fabric that is treated similarly to our drapery. These fragments were formerly attributed to Jacques Sarazin.