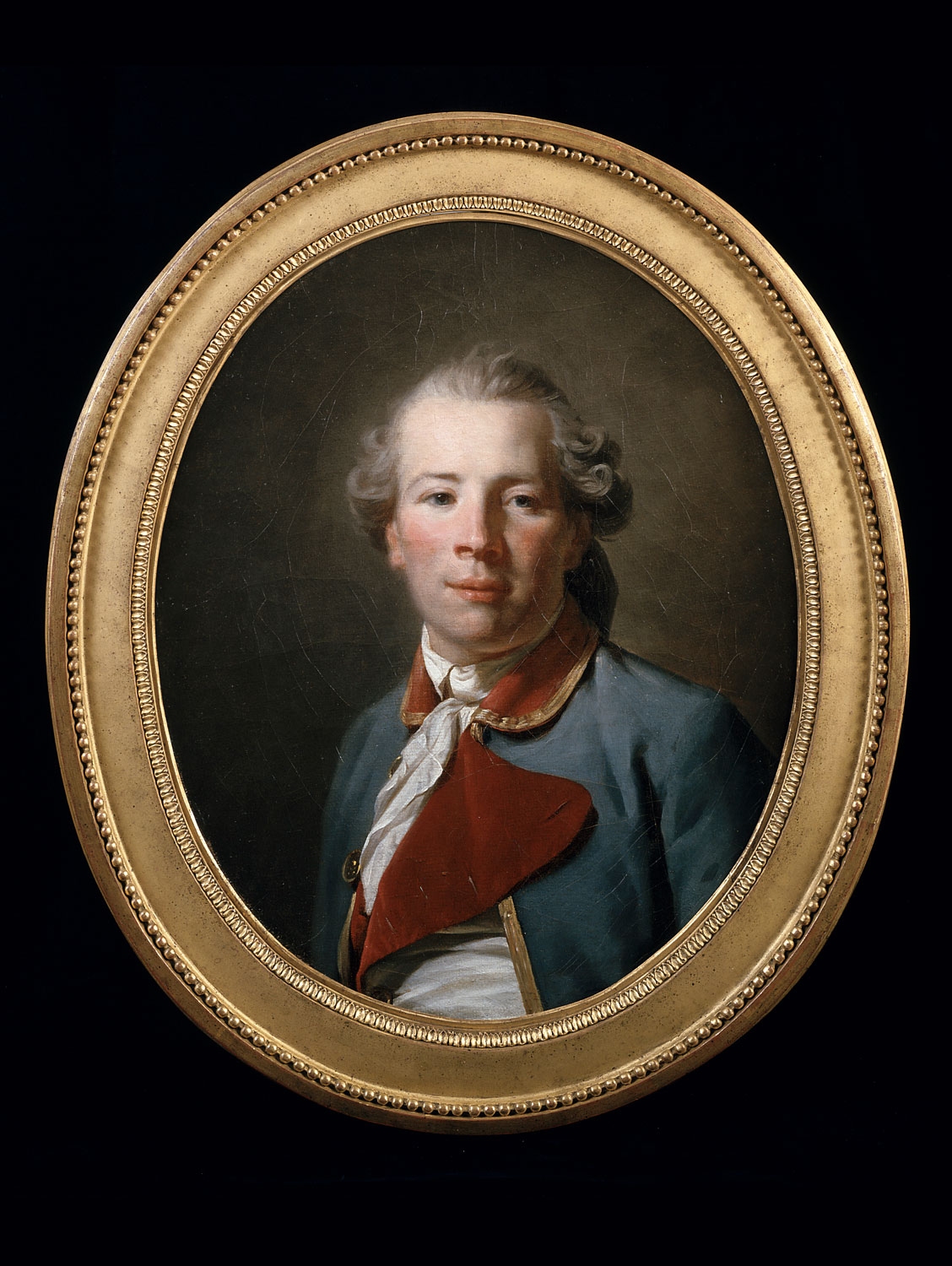 Danloux received his first formation in the studio of Lépicié in 1780, then in the one of Vien, where he met David. Between 1775 and 1780 he stayed at the Académie de France in Rome, then directed by Vien. Back to France, he stopped for a while in Lyon where an important school of painting had been developed. He executed there several genre paintings, before returning to Paris.

Back to Paris under the Consulate, Danloux tried historical painting (Henri IV et Sully, Pau, Musée du château). He went on with his series of portraits of figures from the theater and artists, he had started before the Revolution. Following Aved, he readily confined himself to compositions without pageantry. If his Comtesse de Cluzel (1787; Chartres, Musée des Beaux-Arts) points out the delicate pieces of Mrs. Vigée-Lebrun, he often returns to more simplicity, with a sensitivity which will be illustrated after him in a more precise way by Prud’hon or Gerard. In London during the Revolution, Danloux gradually found there customers among emigrants. He was also appreciated by the English amateurs.

Danloux counted amongst his clients high-ranking administrators, military officials, such as the Baron de Bezenval, whose portrait recently resurfaced on the art market, or civil servants, such as Simon Pauquet, Inspecteur Général des Ponts et Chaussées.

This portrait can be dated around 1785, judging by the costume of the sitter and the stylistic similarities to several other works by Danloux. Comparative examples are the Portrait of Comte de Cluzel (formally in the collection of Madame la Comtesse de Cossé) and the Portrait of Monsieur de Nully (formally in the collection of Madame la Vicomtesse de Curel). The position of the sitter at a slight angle to the viewer gives an impression of movement and emphasizes the less formal and more intimate nature of this painting.