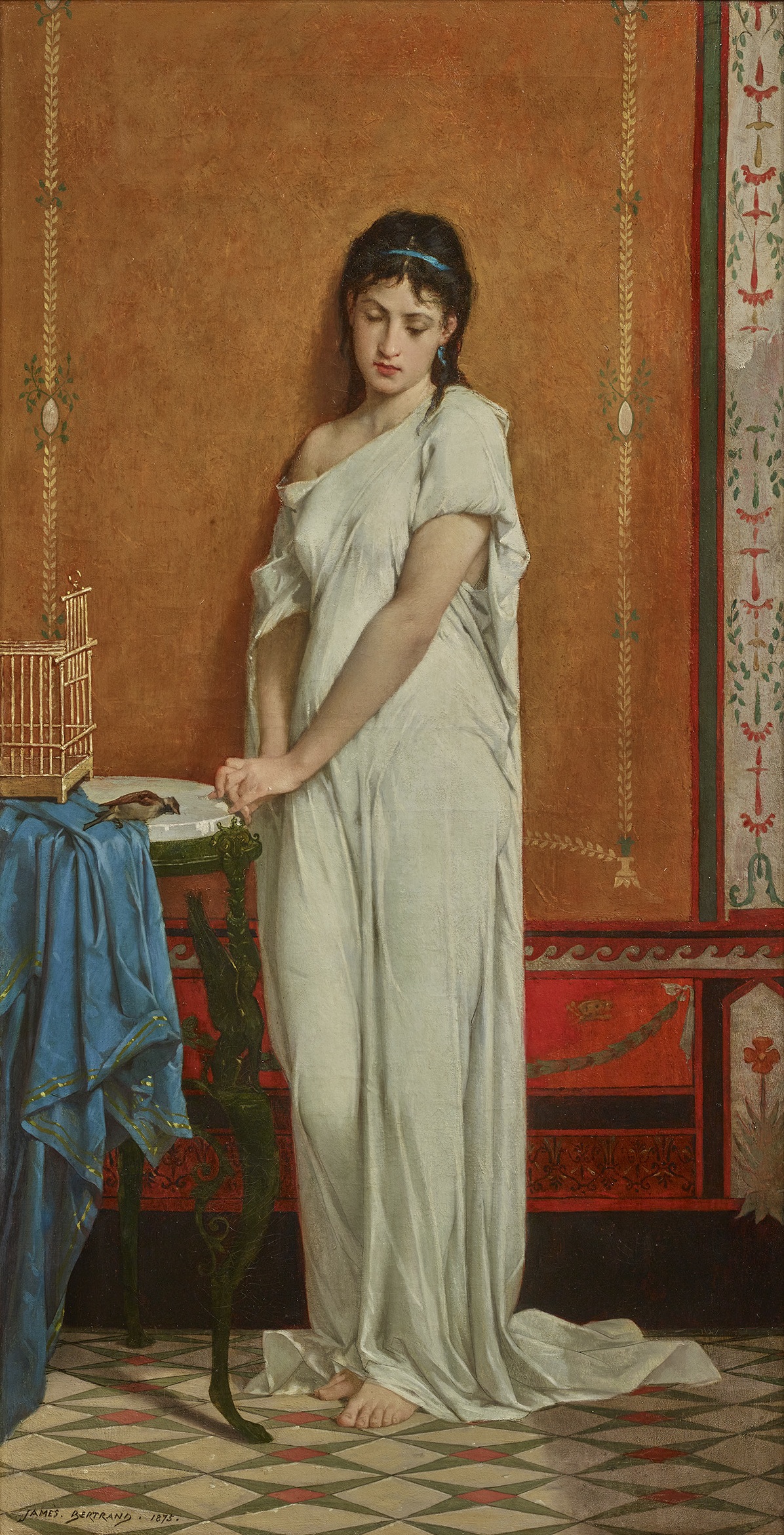 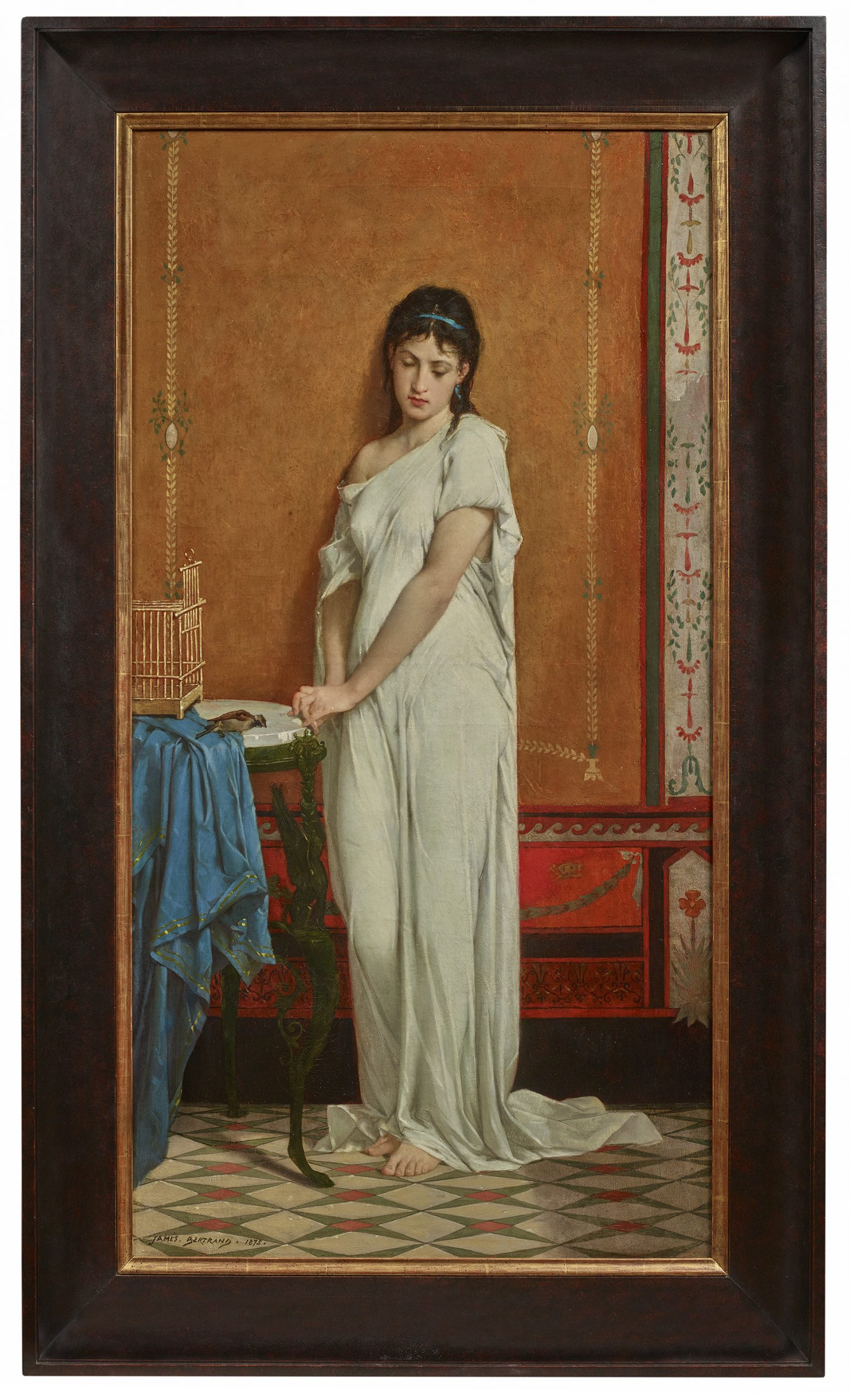 After growing up in Lyon, Jean-Baptiste Bertrand joined the studio of Claude Bonnefond, a former pupil of the Troubadour painter, Pierre Révoil, who succeeded him as the director of the École des Beaux-Arts of the city in 1830.

It was thus at the side of Bonnefond—a demanding master, who having traveled over Italy and frequented Schnetz, Horace Vernet and painters of the German Nazarene movement, was devoted to the precepts of Classicism—that Bertrand learned the rudiments of his art.

Having returned from Rome, he began exhibiting at the Salon in 1857 (entering his Idyll), then multiplying his submissions, at the beginning with canvases of picturesque evocations of Italy, then from the mid-1860s, erudite works treating Antique history or literary themes (like Ophelia, fig. 1 from the Salon of 1871).

Phryne at the Festival of Eleusis in 1866, was succeeded by The Death of Sapho in 1868.

It is to this refined vein of subject matter, littered with archeological references, that Lesbia belongs.  Exhibited at the Salon of 1875, the canvas enjoyed a certain critical success. It was engraved by Goupil and served as a model for the painter, Hortense Richard, for one of her largest works on porcelain.

Lesbia was the mistress of the poet Catullus (87-54 B.C.), and he dedicated numerous poems to her (half of the 118 have come down to us). The wife of a Consul, she was famous for the looseness of her morals, and an inspiration to the artists of her time. The nickname Lesbia was apparently given to her by Catullus in reference to the Greek poetess Sapho who lived on the island of Lesbos and ran a school there for women where eroticism and poetry were taught.

Particularly refined colors were chosen for our canvas, with the background color evoking the frescoes of Pompei and Greek vases with figures set against a black ground. The figure of Lesbia, with the skillful drapery of her white dress, stands out against the background. The Antique gueridon on which the bird lies is directly inspired by those found during the excavations that had been carried out on the sites of Pompeii and Herculaneum since the mid-18th centur.

In France, the popularity of this archeologically-inspired vision was expressed spectacularly in décors such as that of Pompeiian residence of Prince Jérôme Napoléon on the Avenue Montaigne (fig. 4), in Paris and the Villa Kérylos in Beaulieu.

Other artists such as Alma-Tadema and the sculptor Truphème  illustrated the theme of  Lesbia in the years 1865-75.