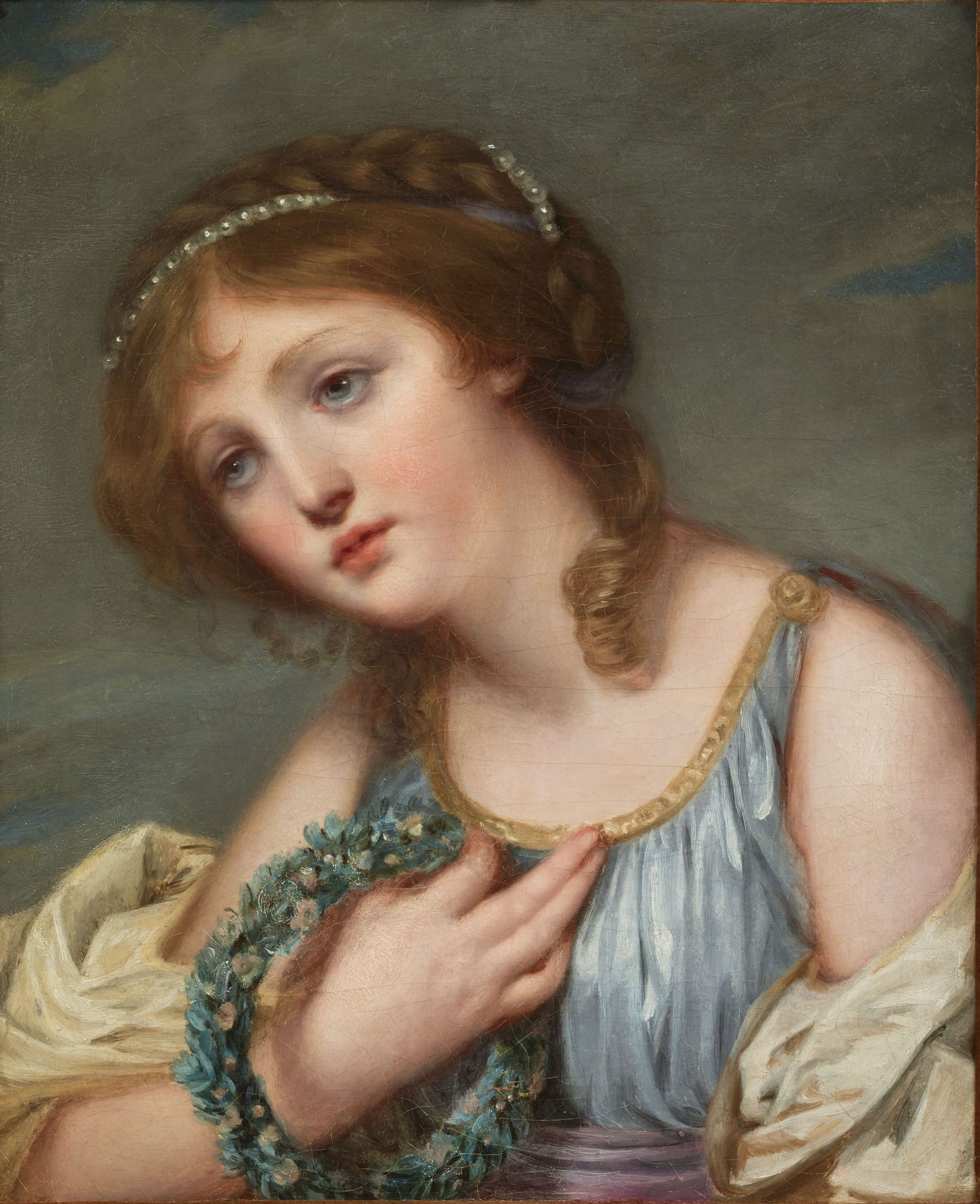 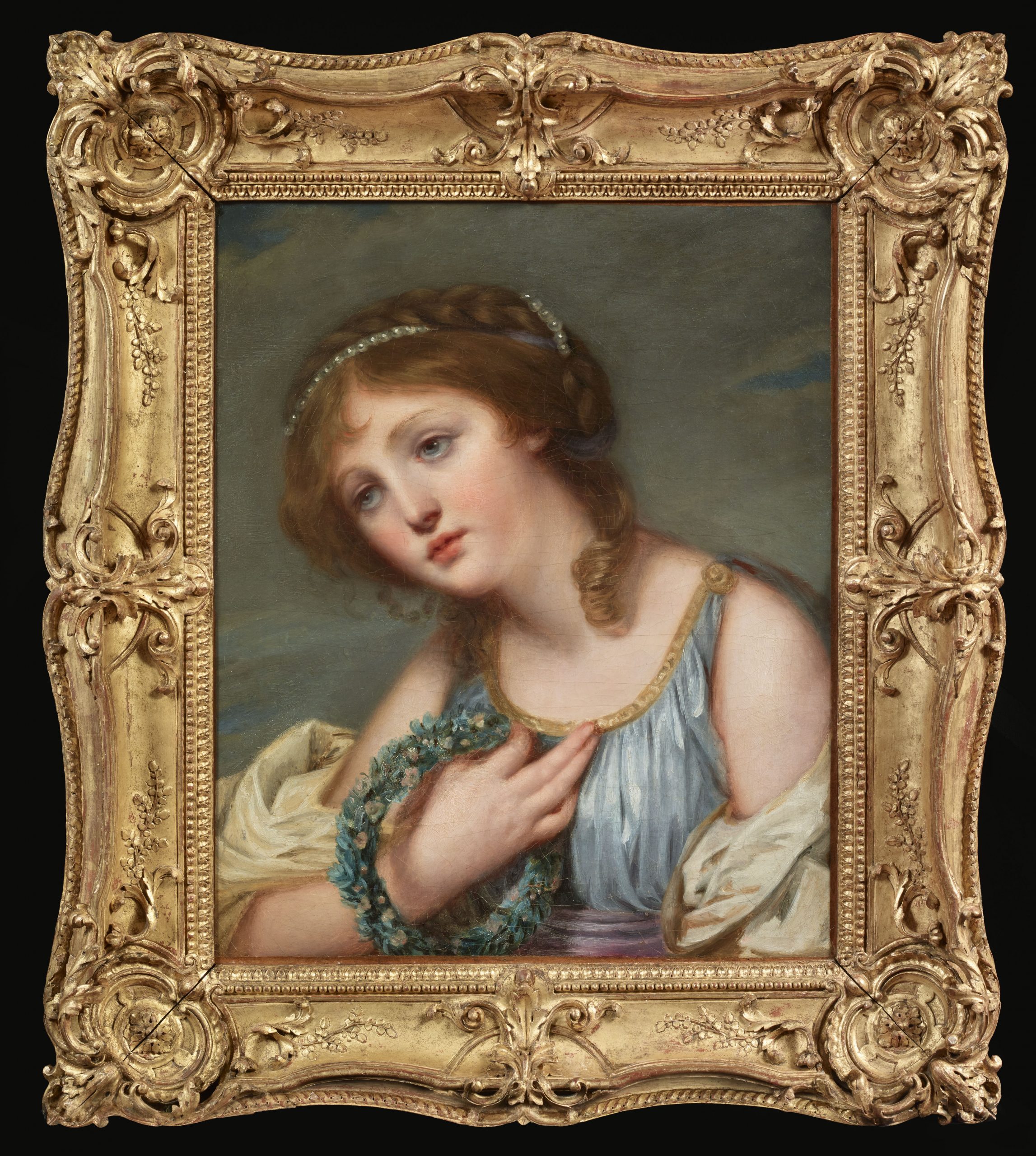 Young Woman with a Crown of Laurel

The series of young women that Greuze produced in the course of his career in an absolutely stupefying quantity is testimony to the facility of his brush, and are one of the most emblematic aspects of his work.

Along with his elaborate, moral compositions of large battle scenes, he produced on commission sometimes quite sensual representations in a small format (often  45 x 35 cm, as here) of doe-eyed young women with a dreamy expression.

His capacity for constant renewal—varying poses and accessories, outfits and hairdos—does not overshadow certain permanent elements that accounted for the success of these works, described as follows by the  Goncourts: “A beauty where the eye is always defenseless,  the mouth shines in the liquid light, the expression covert…under lowered eyelids. It’s the innocence of Paris and of the 19th century, an innocence that is easy and nearing its downfall.” Games of love, with the very person our young woman waits to crown, are bathed in eroticism, an eroticism suggested by the bare shoulders that temper the Antique-style dress—an echo of the moral virtue ascribed to Antiquity in Greuze’s era.

The cold shades of color, the detailed treatment of the draped fabric, the impasto of the flesh tones, are quite representative of Greuz’s art as the Revolution approached.

The work presented here can be compared to the portrait in the Metropolitan Museum of Art, depicting the Princesse Varvara Nikolaevna Gagarina (inv.65.242.3), executed around 1780 – 1782 using similar technique, and where there is the same laurel crown. As for the dress of the young  woman in our painting, it is very nearly the same as the one worn by the young woman in the painting called  Friendship that formerly in the collection of the Los Angeles County Museum of Art.

Born in Tournus, Greuze came to Paris around 1750. At the Salon his moralising domestic scenes achieved great critical acclaim. On his return to Italy, he combined his genre subjects with the conventions of history painting, such as The Village Contract (Louvre), which triumphed at the Salon of 1761. Between 1767 and 1769 the artist had a serious attempt at being a history painter, of which his chief work is without doubt Septimus Severus reproaching his son Caracalla for arranging an attempt on his life (1769, Louvre). This new austerity can also be seen in his genre scenes. If the subjects remained bourgeois, the gestures became more actorly and the characters more heart-rending, as seen in The Paternal Curse and The Punished Boy (1777-1778, Louvre). Around 1780 Greuze focused on portraiture