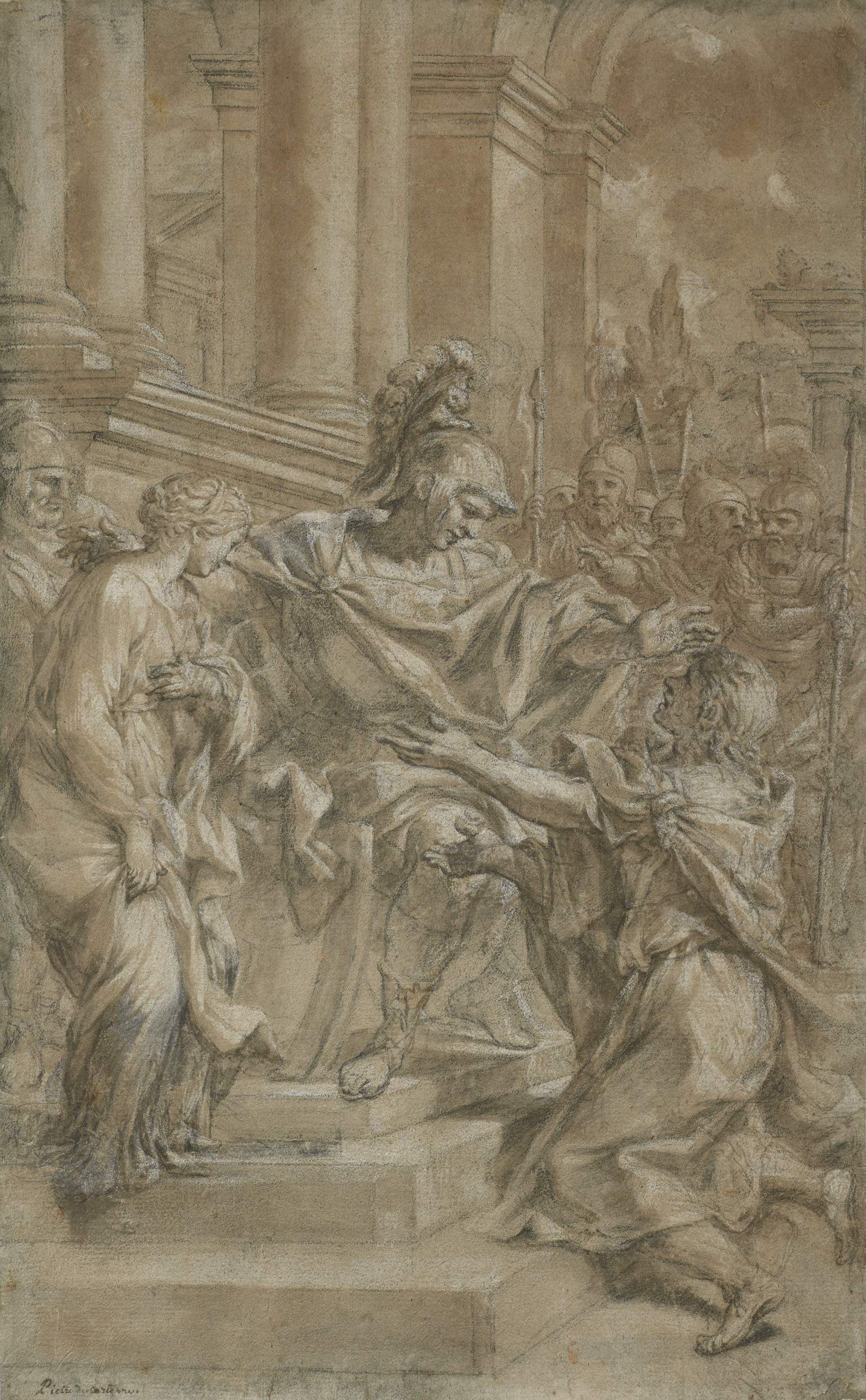 In 1647, Baldi left Pistoia for the Roman workshop of Pietro da Cortona, and was, with Ciro Ferri, one of the most promising students.

Baldi’s style evolved gradually from the baroque of Cortona to the classicism of Maratta, a change that can be observed in the frescoes he produced at the chapel of Basilica di Santa Maria sopra Minerva (c.1671), and those at Santa Anastasia.

Admitted to the Academy of San Luca in 1652 Baldi became its Principe in 1679. Later in his career, he abandoned large decorative compositions and instead produced religious works, influenced by Lanfranco.

This work should be dated to the early part of the artist’s career, when he was still heavily influenced by the baroque style of Pietro da Cortona. The compositions of this period are characterized by an abundance of figures, and declamatory gestures.

We thank Jörg M. Merz for pointing out a copy of this drawing is at the National Gallery in Washington, catalogued as seventeenth century Italian School (Inv. 1943.3.8866). Ursula Fischer Pace points out that this sheet also relates to Giovan Battista Lenardi (1656-1704), and it seems to have directly inspired the composition of Lenardi’s celebrated painting at the Collegio Alberoni Piacenza (see F. Arisi, L. Mezzadri, Arte e Storia nel Collegio Alberoni di Piacenza, 1990, cat. 82).