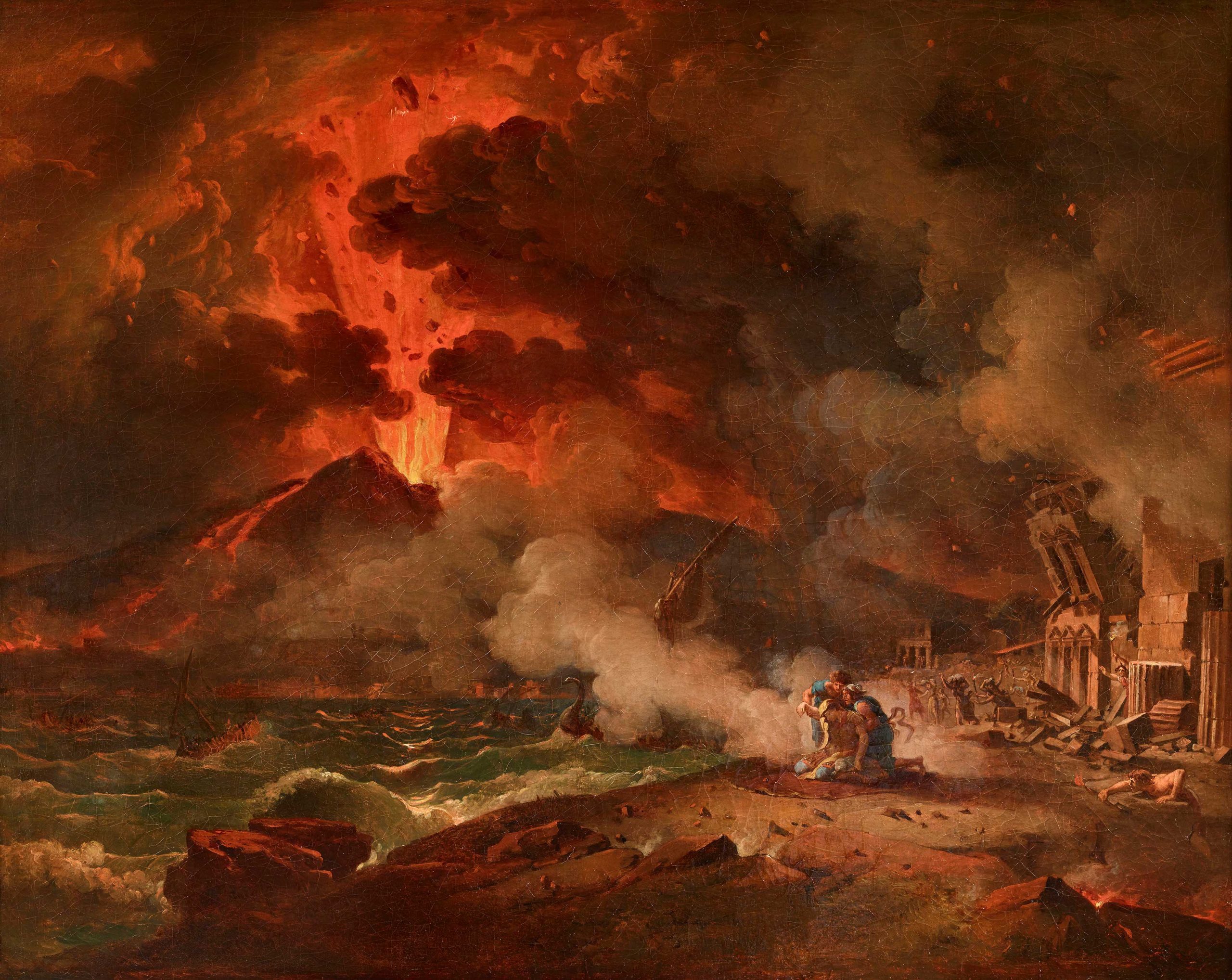 After a long period of dormancy, Vesuvius again erupted and remained intensely active throughout the second half of the eighteenth century. Foreign painters such as Lacroix de Marseille and Volaire flocked to the volcano, south of Naples, to study nature and its violent manisfestations. The movements of the volcano brought to the public’s mind the dramatic eruption of AD 79 which had caused the disappearence of Herculaneum and Pompeii. The rediscovery of these two cities, in 1738and 1748, had provoked a renewal of interest in antiquity that led to the development of the neoclassical style.

Our Eruption of Vesuvius is a reduced version of a painting that Valenciennes exhibited at the Salon in 1814 (n°893), today in the Musée des Augustins in Toulouse. Utilizing research he had accumulated during his trip to Italy from 1777 until 1784, Valenciennes completed our painting at the end of his career. The artist’s travel log details a volcanic eruption which he observed in Augustus 1779. Valenciennes has chosen not to record an eighteenth century eruption, but instead a recreation of the famous AD 79 event, which engulfed the region in lava and ash. According to Landon in his review of the Salon, Valenciennes has represented in the foreground the death of Pliny the Elder, who, having approached the mountain to observe this terrible phenomenon, was punished for his reckless curiosity and suffocated from the smoke.

Having examined the painting, Mister Luigi Gallo has confirmed its attribution ; herewith our sincere thanks to him.